I’ve seen some pretty awesome videos involving Tesla coils over the years, but I have to say this is my new favorite. This video was captured at the recent Belfast Festival at Queens, Ireland, and it involves a couple of dudes going all Raiden on each other, firing bolts of electricity at one another. 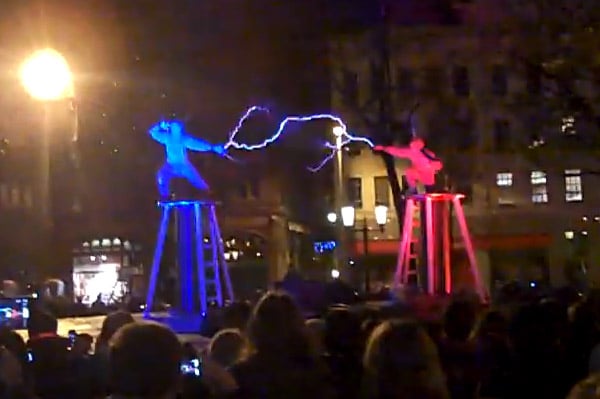 Check out the epic electric battle in the video clip below. (Note, there’s a little NSFW language from the audience.)