My favorite part of Tim Burton’s cult classic Mars Attacks! (besides every scene with Jack Nicholson in it) is the part where grandma’s Indian Love Call yodeling record is discovered to be the Achilles’ heel of the invaders, blowing their heads to smithereens. I always felt my head about to explode whenever that Slim Whitman commercial came on the TV too. Now you can have a constant reminder of those giant-craniumed aliens hanging on your Christmas tree. 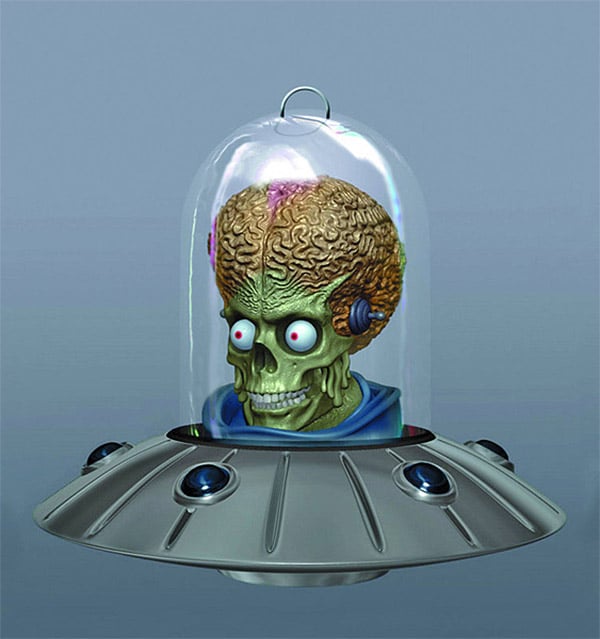 Collectibles company Gentle Giant created this detailed, limited-edition holiday ornament based on the movie aliens, but also in tribute to the 50th anniversary of the Topps Mars Attacks trading cards which inspired Burton’s flick.

You can order the Mars Attacks! alien ornament over at Urban Collector now for $40.99(USD). It’s supposed to ship in 3 to 4 weeks, so you should have it in time for the holidays. Slim Whitman record sold separately.