Prog group of researchers from the School of Electronic Engineering at Bangor University in the UK are working on a plan that could result in broadband Internet speeds up to 2000 times faster than we have today – with little additional cost. Incredibly fast speeds combined with little added cost comes from the fact that the technology uses off-the-shelf components available today. The trick is that data is transferred over fiber-optic connections rather than copper wire. 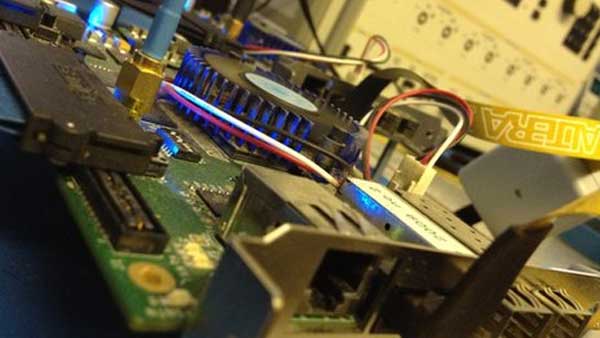 So far, Professor Jianming Tang and his team have been able to reach speeds of 20 Gbps in testing. That is fast enough to download a full-length HD movie in only 10 seconds – a far cry from the minutes or hours it takes on today’s best broadband connections. The group of researchers are working on a three-year project to make this technology commercially available.

The way the scientists were able to significantly increase the speed of Internet connections is thanks in part to something called Optical Orthogonal Frequency Division Multiplexing, or OOFDM. The hardware allows both coding and decoding of optical signals on-the-fly. The researchers believe that they will be able to hit speeds of around 40 Gbps soon.