Keyboard-cases are nothing new for iPads, but it takes a certain mix of elements to make a really good one. After tackling your smartphone typing needs, Elecom decided to create a keyboard-case for your tablet. 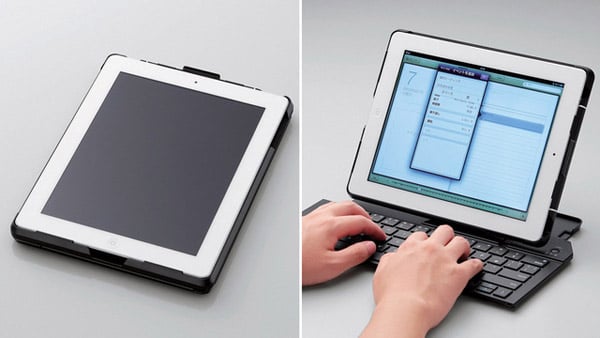 The Elecom TK-FBP048ECBK is a transforming iPad keyboard case that isn’t too cramped. The clever mechanism splits its full-size keyboard in two and it folds away in a case which also acts as a stand for the iPad. It’s naturally Bluetooth-compatible, and a charge should keep it running for weeks. 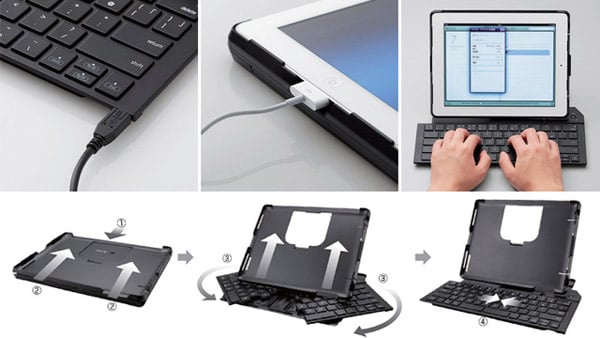 It is 23mm thick when folded up, so that’s a bit much but I guess that the folding mechanism couldn’t be reduced in thickness. As with the Elecom smartphone keyboard, this case is pricey. Expect to pay ¥16,795 (~$210 USD) for it. Will it replace my Logitech Solar Keyboard Folio? I’m not sure.