In the future, when the inevitable and literal fast food wars break out, we’ll all be too fat and unhealthy to fight for our chain of choice – which is why these fast food chains should start developing their own war machines. Here’s a free idea for McDonald’s, courtesy of Sean and Steph Mayo. Behold! The Big MaK! 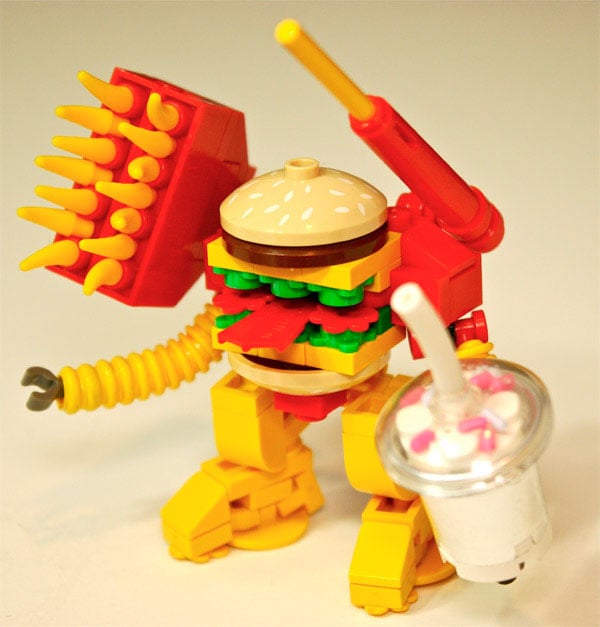 The husband and wife LEGO enthusiasts made the Big MaK for Bricklink’s Creations for Charity (and it seems it’s already been bought). I hope the Mayos make more food-themed mechs. I imagine the Taco Bell mech will be able to combine with the Doritos mech to form a smaller but tougher robot, the KFC robot will be a robot sandwiched in between two other robots and the Pizza Hut robot will be stuffed with smaller robots. 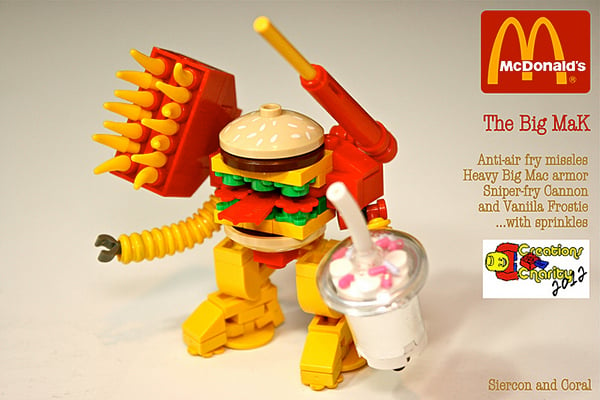