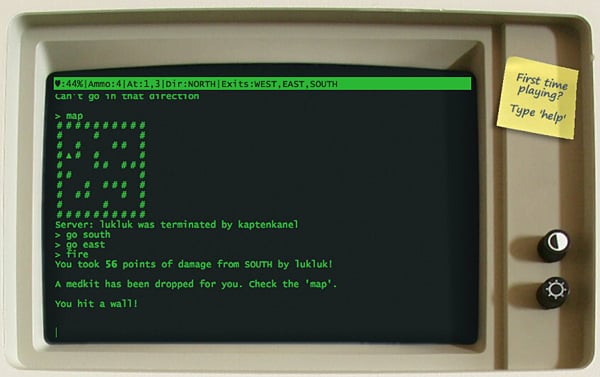 This text-based multiplayer shooter is called… Text-based Multiplayer Shooter. It plays like the text-based adventure and role-playing games from the 70’s and 80’s. You type ‘go <direction>’ to move – e.g. go south – and then ‘fire’ to take a shot. As you can see I managed to hit a wall. Woohoo! Wall pwned! Here’s a more thorough look at the game courtesy of YouTuber CyBorg Plague (along with an ample dose of swearing):

It’s the most frantic way to learn how to touch type. You can play Text-based Multiplayer Shooter for free on Eigen Lenk’s website. Bring your imagination with you.