Don’t get me wrong, I love R2-D2, but Podpadstudios‘ Astromech droid is plain beautiful. Just look at the detail and all of those lights. Her name is R11:E1, a.k.a. Zoe. Her creator named her after Zoe from Caprica, which also warms my cold dead heart. 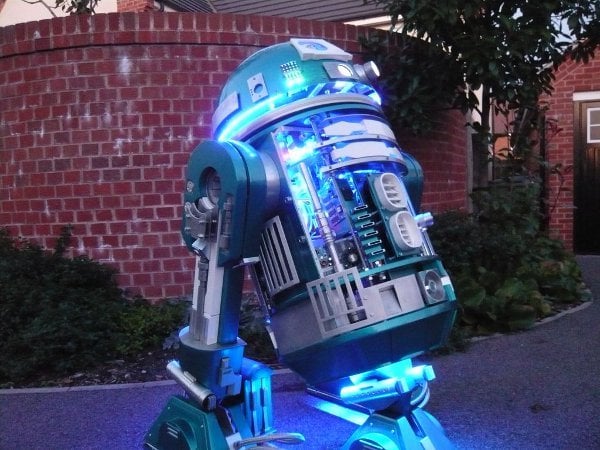 She’s not just all show. The ‘bot is powered by three 25Amp 12v SLA batteries, two running the 24v drive system and the third running the 12v electrics. Zoe has many gadgets onboard and built-in, including a router and IP webcam which broadcasts at charity events. 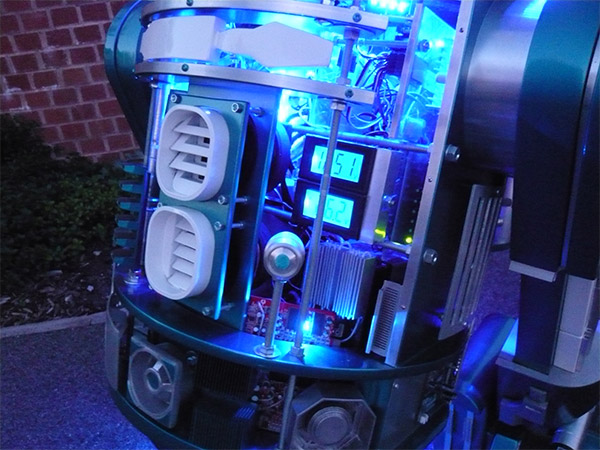 She’s got an on-board sound system, a fire extinguisher, working utility arms and claws, a 140db siren, working holo-eyes, periscope, a smoke machine ported through exhaust, lots of LED and el-wire, with light reactive paint, and a full working on-board DLP projector setup to display Princess Leia’s message from Star Wars. Holy crap! How did they get all of that in there?

Now THIS is the droid I have been looking for!

[via Walyou via Nerd Approved]