If you’re the sort of DIY tinkerer that likes to fiddle about with Arduino-based projects, you’ll be glad to hear that the Arduino project has officially launched a new version of the powerful little microcontroller. The new product is called the Arduino Micro board, and it is based on the technology behind the Leonardo board. The main feature of the device is its small size, measuring just 1.9″ x 0.7″. 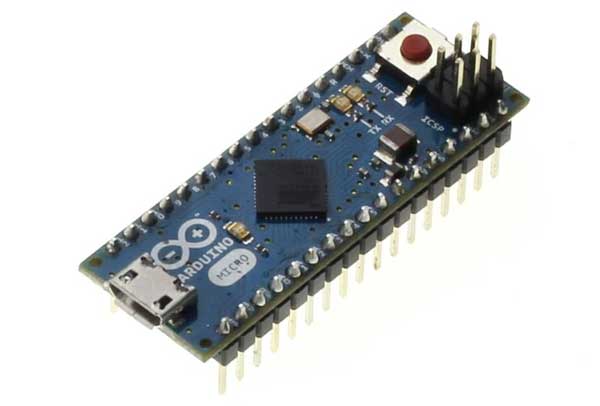 The new Micro board packs an ATmega32U4 controller, and all the power and performance of that Leonardo board in a significantly smaller package. Arduino says the new smaller form-factor makes it easy or for enthusiasts to embed the technology inside of even smaller projects. The Arduino Micro board can be used on a breadboard or soldered to a custom-designed PCB.

The Micro was developed in conjunction with Adafruit Industries. Adafruit is also creating a series of accessories to go along with the new Micro board. The new Micro board will be available exclusively online through Adafruit and in Radio Shack retail stores. The version with headers will sell for €21 (~$27 USD) and version without headers go for €18 ($23 USD). It will be available for pre-order starting next week, and shipments start on November 26th.