The Surface that we have today is quite different from the Surface that Microsoft introduced in 2007. For one thing, the Surface tablets are way smaller than the old Surface, which was supposed to be a tabletop computer. A clever modder has built the closest thing we can have to the original Surface with the help of the touch-friendly Windows 8. 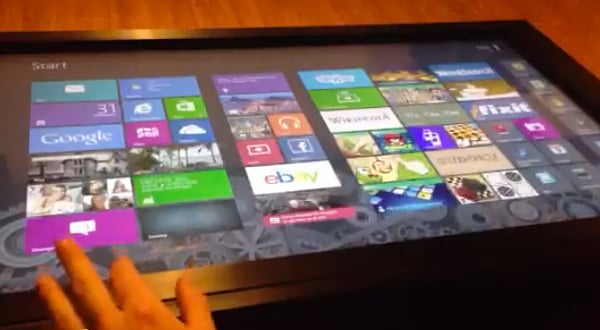 YouTuber slymick built a coffee table computer with a 40″ monitor – the same dimension as the display of the old Surface – and a touchscreen frame.

I’m not 100% certain, but judging from one of slymick’s earlier videos this computer has an Intel Core 2 Duo CPU, 2GB of RAM and an Nvidia GT420 graphics card. Unfortunately he has not mentioned what kind of touchscreen frame he’s using.

Of course this computer doesn’t have the RFID-powered object-detection of the original Surface, which was a very large part of its appeal and functionality. But it does give slymick a desktop OS with native touch controls.