Gamers collect all kinds of dice and usually hang on to their old dice forever, but I’m pretty sure none of you geeks have a D20 this old. This carved serpentine die was recently acquired by The Metropolitan Museum of Art. It dates back to the Ptolemaic Period between 304-30 B.C. 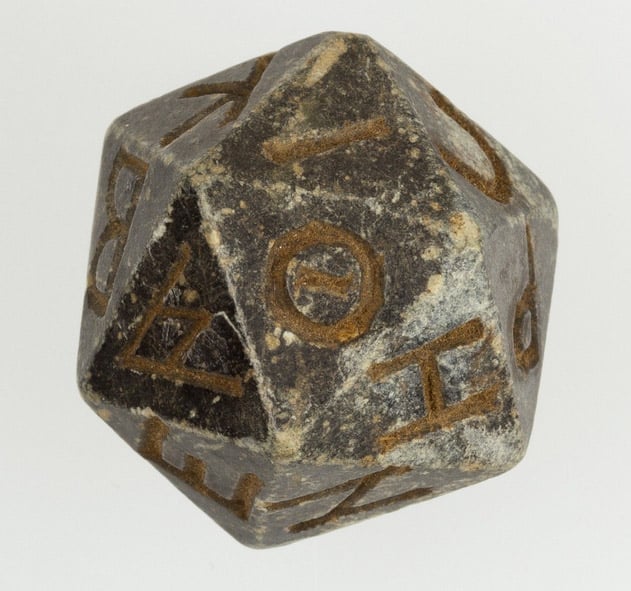 It was originally in the collection of Reverend Chauncey Murch who got it between 1883 and 1906 as a missionary in Egypt. I guess the Egyptians were playing D& D all along and we never knew it. They probably played with real dungeons and everything.

It wouldn’t surprise me if they found some Magic The Gathering tablets as well. Or animal statues that are actually Pokémon. We think we are so original, but the Egyptians seem to have done everything first.