ATC Chameleon Dual-Lens Action Cam is Like Having Two GoPros for the Price of One (Sorta.)

Between GoPro, Contour, Drift and several others, the market for digital action camcorders has gotten mighty saturated. So with all the competition out there, how do you make your action cam stand out from the crowd? Well, you could do what Oregon Scientific has done with their new ATC Chameleon. 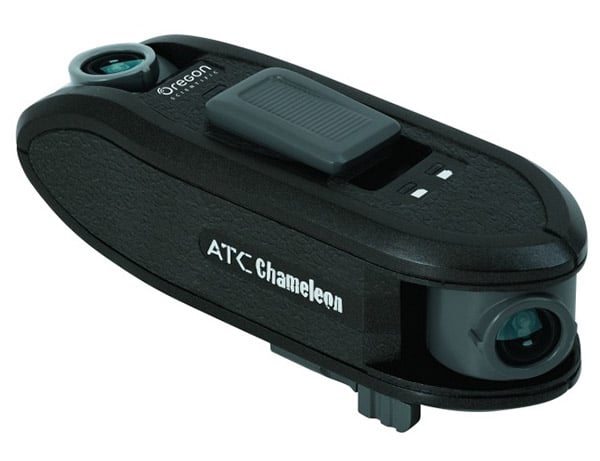 This unusual action camera has a unique feature in that it has a pair of moving lenses which allow it to simultaneously capture two angles at the same time. It can record two different 170° views at the same time, so you can capture a total 340° field of vision. This allows you to see the action from more than one viewpoint on a single split-screen video. In addition, each lens can be moved up to 180° – one moves side-to-side, and the other moves up and down. Just flip a switch to choose between side-by-side or top-and-bottom video modes. 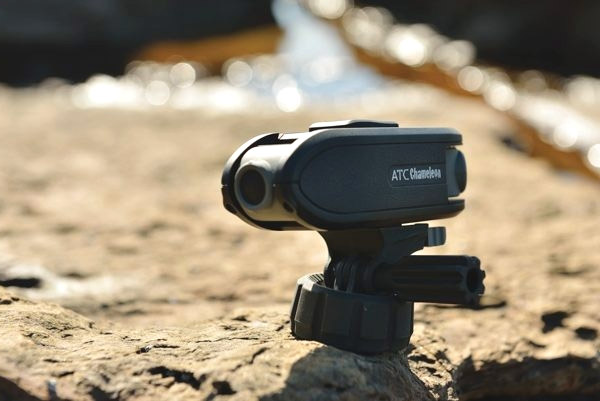 The camera offers 1080p resolution from each lens, however, the FAQ states that you’ll probably need to work with the video in 720p. According to my math, two 720p images side-by-side is 2560×720, so they must have to do some funny business with black bars and downscaling to get that to fit into either a 720p or 1080p video. Still, it looks like a pretty cool way to capture more than one angle without having to splurge for two cameras.

Oregon Scientific offers a wide a variety of optional mounts – most of which sell for $29.99 – which make it easy to attach the camera to vehicles, helmets, surfboards, handlebars and more – however, the camera itself doesn’t include any of these. While the camera is splashproof, you’ll also have to spend extra if you want the waterproof case. That said, the ATC Chameleon is priced at just $199(USD), so it’s pretty reasonable to begin with. It’s available for order now over on the Oregon Scientific website.