Robots can serve a wide variety of purposes, ranging from security, to surveillance to making breakfast. So why not celebrate robotic diversity next year with this awesome 2013 robot calendar? 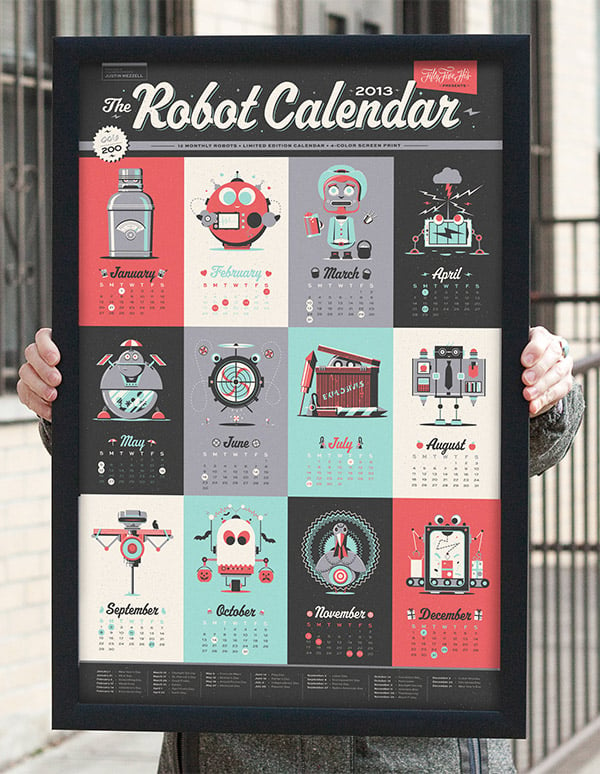 Designed by Fifty Five Hi’s in collaboration with Justin Mezzell, the 4-color screenprinted, 16×24 wall calendar features a different robot for each month. But they’re not just any robots, no. Each one represents its month in its own special robotic way. 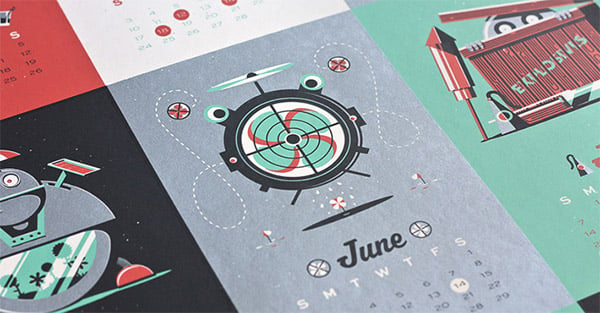 For instance, there’s a robot leprechaun for March, a robot scarecrow for September, and a not-so-tasty robot turkey for Thanksgiving. Say, wasn’t there a robot turkey on an episode of Aqua Teen Hunger Force? 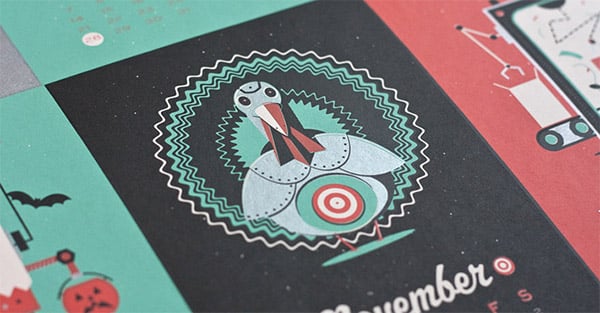 The 2013 Robot Calendar sells for $24.99(USD), and is being produced in a limited run of just 200, each hand-numbered. Grab one before they’re all gone over at Fifty Five Hi’s.