Now that arcade centers are mostly gone and their patrons have more gray hairs than time, some companies have capitalized by coming up with accessories that turn the iPad into a mini arcade cabinet. But if you’re skilled at building PCs or programming, you’ll be better off with the Picade, a mini arcade cabinet kit that’s meant to be powered by small PCs such as the Raspberry Pi. 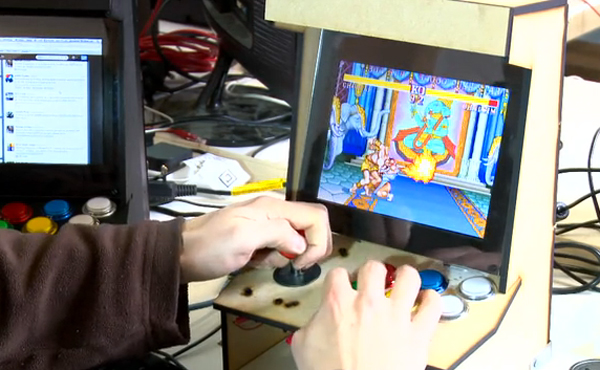 The Picade was invented by Pimoroni, the some company who came up with the Pibow case for the Raspberry Pi. As I said, the Picade will be delivered to you as a kit that can be assembled in under an hour. It has all the components you need – an LCD, arcade joysticks, illuminated buttons, amplifier, speaker and of course the cabinet panels. You just have to supply its brains – a Raspberry Pi, a Pandaboard or any mini-ITX PC will do. You can also use the Picade as an additional monitor when you’re not gaming.

As mentioned in the video, the Picade also has a Mini version. Check the graphic below for the comparison: 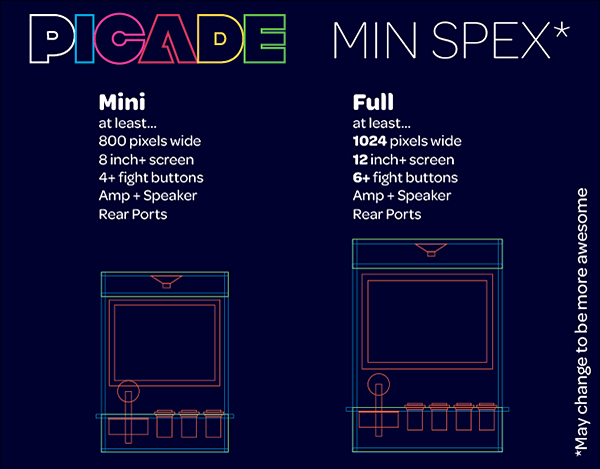 You can reserve an early unit of the Picade Mini by pledging at least £120 (~$190 USD) on its Kickstarter fundraiser, while a pledge of at least £192 (~$305 USD) gets you the full Picade. If you’re put off by the bare cabinet, then you’ll be happy to know that the final kit will come with various original artwork that can be applied to the panels.