A couple of months ago, the LIFX LED lightbulb debuted on Kickstarter, and it was only a couple of weeks ago when electronics giant Philips unveiled its Hue color changing LED light bulb. These light bulbs not only allow you to choose whatever color you want using a smartphone application, they also allow you to turn the light on or off at pre-set times, making for built-in home automation. These bulbs require an in-home Wi-Fi connection and come with a special bridge you have to connect to your network. Now, a competing product has turned up on Indiegogo called the Lumen Bluetooth LED bulb. 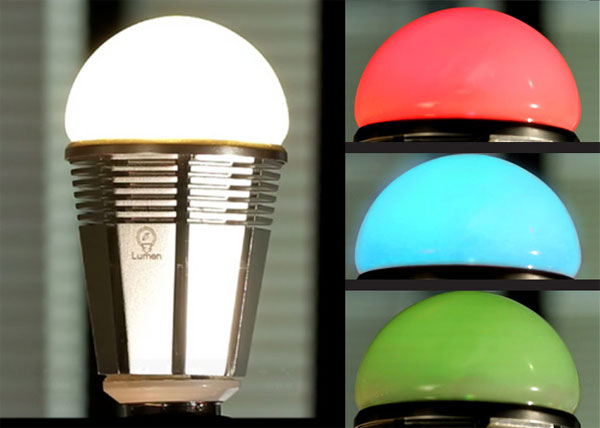 Like the LIFX and the Hue, the Lumen bulb will use an app that controls the light brightness, color, and can turn the lights on or off. Inside the bulb, its RGBW LED array lets you create any color you desire, including pure white. However, the Lumen operates on Bluetooth instead of Wi-Fi. This lets you use the bulbs without an existing wireless network, but limits its range to 30 feet. This might be okay for apartment-dwellers, but it’s not so great if you live in a larger dwelling. 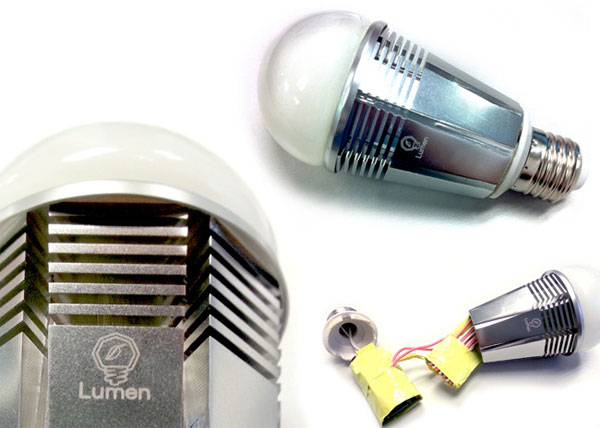 The bulb also has four special operating modes. The modes include Party Mode that flashes the light bulb and changes color to the music. Sleep Mode is designed to simulate moonlight. Lake mode helps you get out of bed in the mornings by waking you to gradually brightening light rather than the alarm. The Ambient Mode creates romantic soft and dim lighting.