LaCie PetiteKey: Get Ready to Lose It

USB flash drives are becoming smaller and smaller, and thus easier to misplace. I’ve lost a couple, and that’s one of the reasons why I don’t buy any new ones, because they’d probably end up lost as well. At least the tiny LaCie PetiteKey will fit onto your keyring, so unless you lose your whole set of keys you won’t lose it too. It also won’t look out of place on your keychain, since it’s not too large and looks like a key. 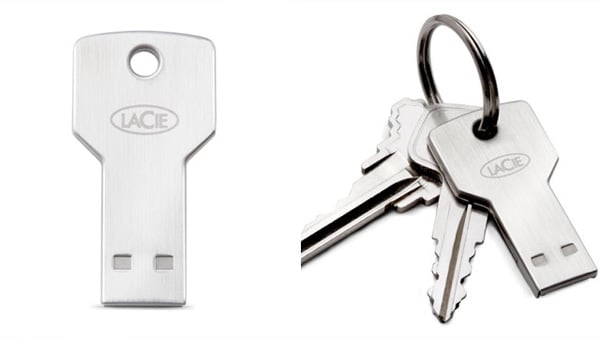 The PetiteKey is not the first LaCie USB flash drive that looks like a key, but this one is much smaller. It’s waterproof, scratch-resistant and completely covered in metal. It also has encryption software, but what I like best is that it blends well with the other keys on most keychains.