It’s impossible to truly master typing on a tiny touch screen, hence the existence of peripherals like laser keyboards or this iPhone case. But what if your smartphone could use any surface as a keyboard without the help of additional devices? That’s the idea behind the Vibrative Virtual Keyboard. 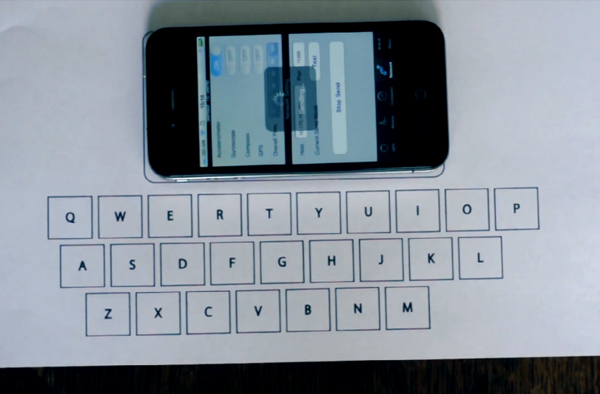 The software was invented by Florian Kräutli, a Cognitive Computing student at the Goldsmiths University of London. It uses the iPhone’s built-in accelerometer along with a program written by Kräutli to detect which letter has been pressed based on the vibrations made when the user “types” on a flat surface.

Presumably, the app needs to be trained each time it’s used on a different surface or by a different user. I think that even Kräutli himself would admit that the app is unusable as it is. Even without the lag I think it would be far more useful when there are fewer keys involved, perhaps while playing a mobile game. I’d rather have this technology on my phone. Still, the demo does show us just how smart our mobile devices have become.