There’s always been a lot of debate about whether letting kids play with toy guns was a good thing or not. Everyone has their own opinion on the subject, and I say we keep it that way. But regardless of what you think about guns, these wooden guns are unlikely to do any harm. 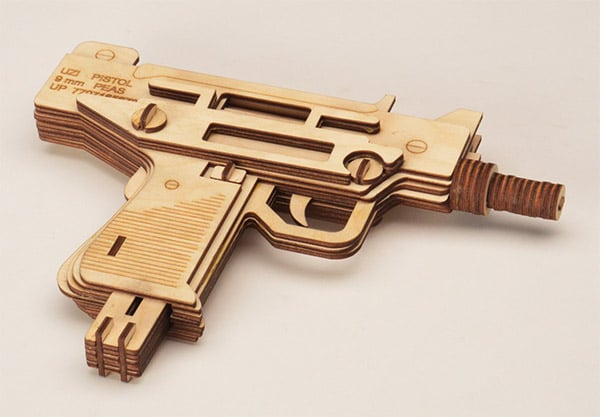 In fact, Cary Chleborad’s wooden weapons are likely to stimulate the minds of those who assemble them, as each one is a fairly complex puzzle you need to build yourself. Each gun is made from dozens of laser-cut parts, and can take several hours to fully assemble. Keep in mind while they’re called “puzzles,” you’ll be gluing them together, so don’t expect to disassemble your wooden weapon when it’s finished. 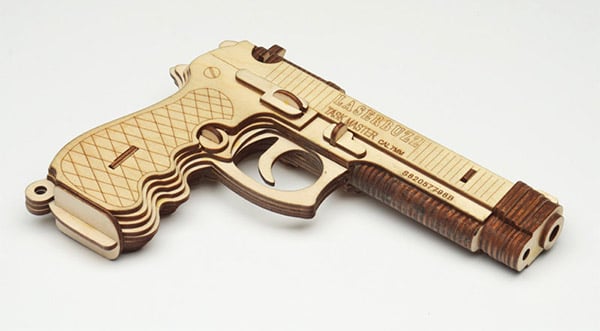 They’re available in Uzi, Beretta and revolver models, and sell for $19.95(USD) over on Laserist’s Etsy shop, where you can also buy a laser-cut Humvee to go along with your guns. 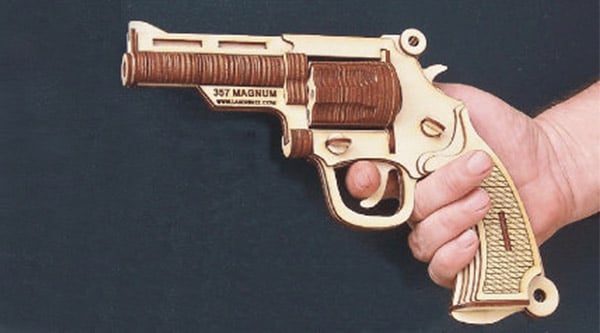