If you’re on the go a lot, you know it’s hard to keep your gadgets charged up, especially if you use them frequently. Anyone who owns a 4G smartphone knows that if you surf the web, make a few phone calls, and update your Facebook page, you’re lucky if your device can last half a day. If you’re away from an outlet, your only option is some sort of external battery.

A new solar charger has turned up that will work with just about any gadget on the market called the Switch 8 Solar Recharger. 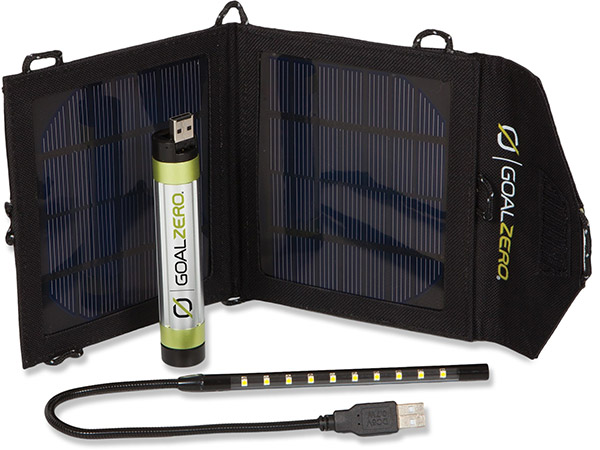 The folding solar panel connects to the included “Sherpa 50” battery via a USB port. A bunch of tips will be available to allow direct charging of specific devices like the iPhone or Android smartphones. The battery also has a USB port allowing you to charge any USB device with its own cable. It’s maker, GoalZero promises the device is to fully charge a smartphone in three hours, and its portable battery module can be recharged with 10 hours of sunlight.