Let’s be honest, Hollywood doesn’t have the best track record when it comes to adapting video game properties to movies. I’m looking directly at you Dwayne Johnson and that sorry excuse for a Doom movie. Now we have a couple more video game movies set to go into production starring some big names. 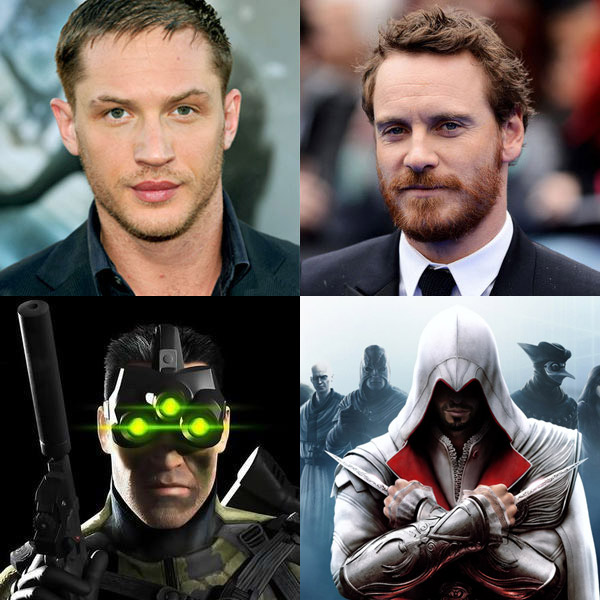 Reports are indicating that Tom Hardy, the dude who played Bane in the The Dark Knight Rises, will play Sam Fisher, the trident-goggle-wearing protagonist from the Splinter Cell series of video games and books. While Splinter Cell is coming to movie theaters is cool enough, Michael Fassbender has reportedly signed up to star in a movie adaption of the Assassin’s Creed video game.

Fassbender will be best known by geeks all around the world for his turn as Magneto in X-Men: First Class. Fassbender also played a slightly insane, but awesome cyborg in Prometheus. Here’s hoping both of these video game movie adaptations turn out much better than Doom. Or Mortal Kombat: Annihilation. Or Tomb Raider. Or Final Fantasy. Or Prince of Persia. Or Super Mario Bros.