LEGO Pop-up Building Makes Eyeballs Pop out of Their Sockets

Every time I think I’ve seen every possible LEGO contraption you could build, somebody comes along and makes something I’ve never imagined. This time, we’ve got a giant folding LEGO structure that works like a pop-up book. 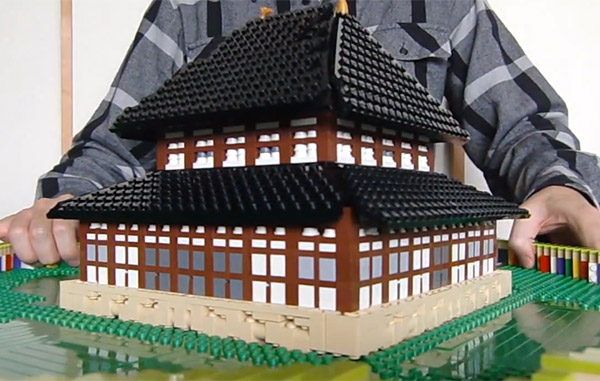 It wasn’t enough for Japanese LEGO fanatic Talapz to simply create an architectural model of the Todai-ji Buddhist temple. Nope. He had to show off and make one that could actually fold up. Here, check it out:

Pretty nifty, eh? It turns out this isn’t the first folding LEGO building Talapz has made – back in 2009 he built another, though the 2012 model and folding mechanism is even more impressive.

Stick around to the end of the first video to see exactly how he built it.