If Batman Can Have a Batmobile, Why Can’t Doctor Who Have a TARDIS-Mobile?

While the TARDIS seems like a pretty decent way to travel through space and time, it’s not exactly the best vehicle for getting through rush hour traffic on the expressway. This ride seems like it might be a better mode of urban transportation, especially along with today’s best GPS navigation systems. 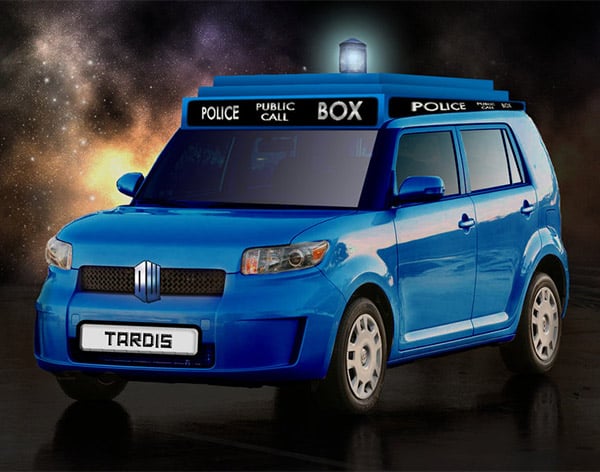 This mashup between a TARDIS and a Scion xB was created by DeviantArtist ~Ificial-Art, and it looks awesome. I’ve been told that it’s so big inside that it seats 100. That could make for the ultimate clown car.

Unfortunately, it’s just a Photoshop job and not a real car. Though I think if a car manufacturer were to make these for real, they’d sell at least a few to some diehard Whovians out there.