We’ve seen how socks can be made smarter using RFID. This device does the same to your wallet – or any object you attach it to – except it uses Bluetooth and GPS. You’ll also need an iOS device. Because Android users can build their own tracking device. Oh sna – wait, I have an iPhone. Dammit. 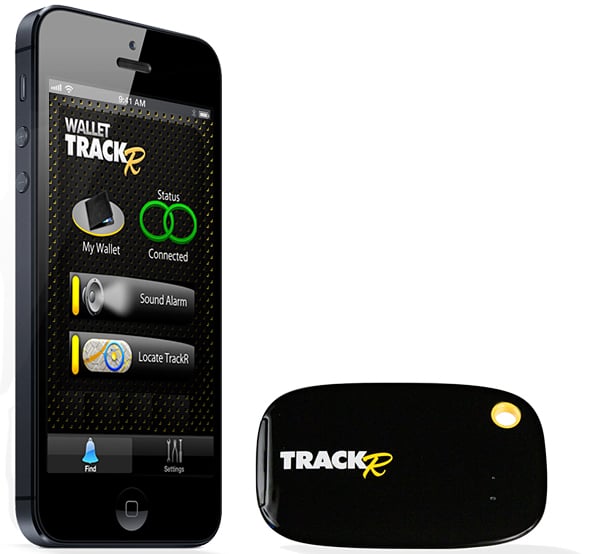 The Wallet TrackR is a credit-card sized device that works in conjunction with a free iOS app. In other words, the TrackR isn’t really concerned if your wallet is near you; it just wants to be with your iOS device all the time. When the two get separated, the TrackR will send a signal to your iOS device. It will also take a “GPS snapshot” so you can see its location from within the app. Finally, you can make the TrackR ring an alarm from the app to make it easier to find your wallet. The TrackR has a range of 100ft. and a user-replaceable battery that lasts up to 10 months.

Pledge at least $19 (USD) on its official website to reserve your own Wallet TrackR (There’s a limited quantity available at this price, then it goes up to a still-reasonable pre-release price of $29). Obviously its reliance on Apple’s gadgets will make it a deal breaker for many people. Perhaps inventor Phone Halo should also release a keychain remote to make the device more versatile.

[via Bless This Stuff]