If you have an iPad other than the first-generation device or the new iPad mini and you want a steering-wheel shaped holder that you can put the iPad into for your racing games, then the Kolos might be for you. While they claim it’s the “First iPad Gaming Wheel”, Cideko actually holds that title. 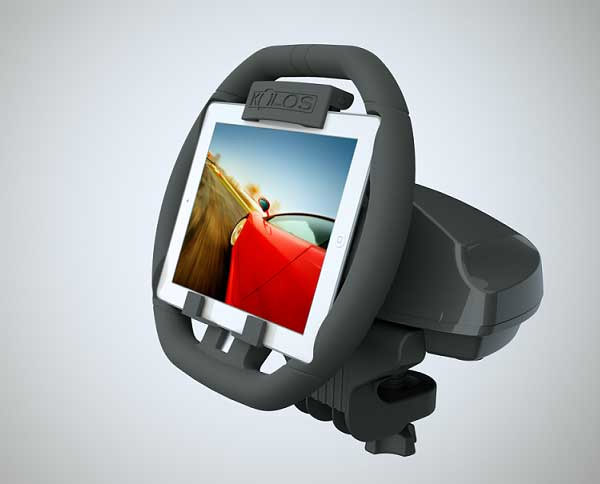 The Kolos wheel is designed primarily for racing games, but also works with flying and other games that depend on you turning the tablet for control. The wheel’s main feature is a 12.3″ diameter steering wheel with an anti-perspirant rubber coating. When placed into the stand, it puts your iPad at a 70-degree angle and the wheel can be tured a full 180-degrees when its base is mounted to a desk or tabletop. 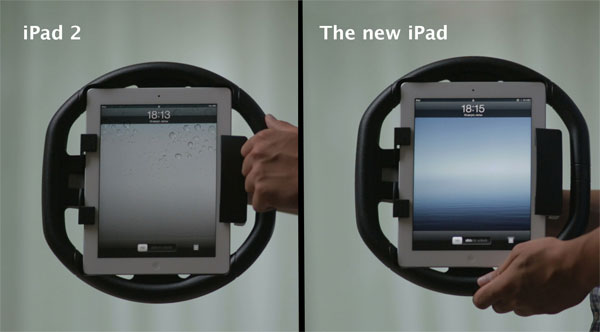 The Kolos is on indiegogo seeking funding right now, though its future is far from certain. The project is seeking $150,000, and so far has raised a tiny portion of that amount. With 28 days to go, Kolos has only raised $750 – though in fairness, the project just launched. The project lists only four backers so far that each pledged $85. That adds up to less than half the pledged amount, so I’m not sure where the remainder of the money came from. The developers of the product expect to deliver in May of 2013. If you’re a hardcore racing game player on your iPad, this project might be worth backing.