R2-D2 Made out of Cans: Anyone Got an Opener?

Everyone loves R2-D2, right? There’s really no reason not to – even if he is made out of cans. That’s right, R2-D2 has been built out a bunch of cans of what look to be sweet corn, Star-Kist tuna and tins of sardines on his chest. Mmm… just what droids like to eat. 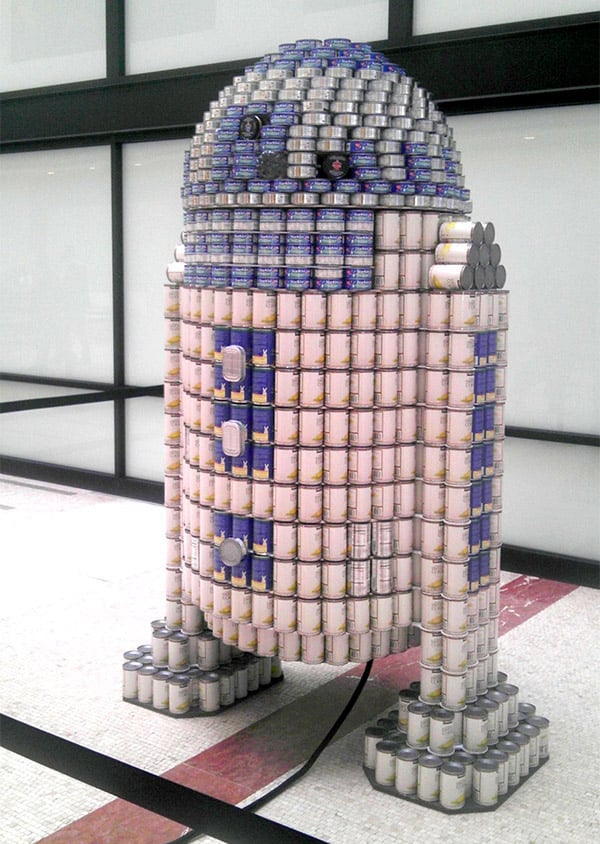 This giant R2-D2 can sculpture was part of this year’s San Francisco Canstruction exhibit, which took place at One Market in San Francisco. C-3PO was nowhere to be found, but it’s possible that R2 ran off without him as he’s been known to do. (Thanks to Barry for the tip on this video of R2 in action…)

In addition to everyone’s favorite little droid, the exhibit included a giant shark made out of cans, tributes to Inception and UP and and what appears to be a red Death Star.