Wii U Gets Torn Down by iFixit for All to See

The guys at iFixit are at it again. Within minutes of the release of any new gadget, it seems as if they’ve already got theirs in hand, and ripped open for the world to see. With the Wii U out for just one day, they’ve already broken out the surgical tools and splayed out its guts so you don’t have to. 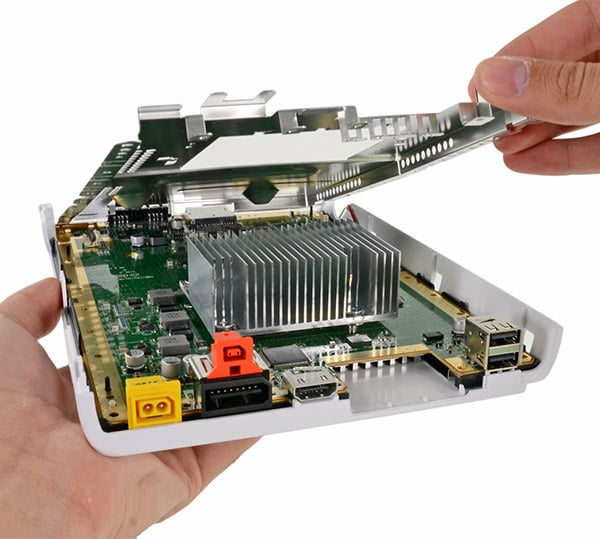 On the Outside of the console, there’s an SD card slot, HDMI port, four USB 2.0 ports, an AV multi out connector, and a sensor bar connector. Inside the console itself, they found that the largest single component was the optical drive, which takes up a significant amount of space, as well as 1/3rd of the weight of the system.

In terms of the motherboard itself, they found a variety of brand name components, including an IBM Power-based multicore CPU, AMD Radeon GPU – both placed under a single heat shield, A Samsung memory controller, a Panasonic HDMI controller as well as wireless and Bluetooth modules from Broadcom. They then moved on to cracking open the Wii U’s big differentiator – it’s game controller. 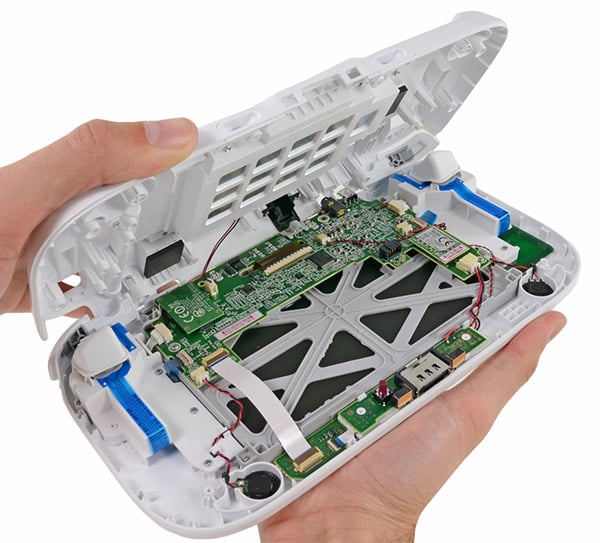 Under the hood of the Wii U GamePad is a 6.2″, 854×480 LCD screen, with a Texas Instruments touchscreen controller, InvenSense gyroscope, 256MB of flash memory of its own, a Broadcom NFC chip and various other support chips from TI and STMicrolectronics. There’s also some sort of custom wireless board from Broadcom, presumably used to stream data between the console and the controller. One surprise was how much spare room there is inside the controller case – despite the extra real estate, Nintendo chose to go with tiny little speakers – you’d think they could have splurged for something bigger with all that room. 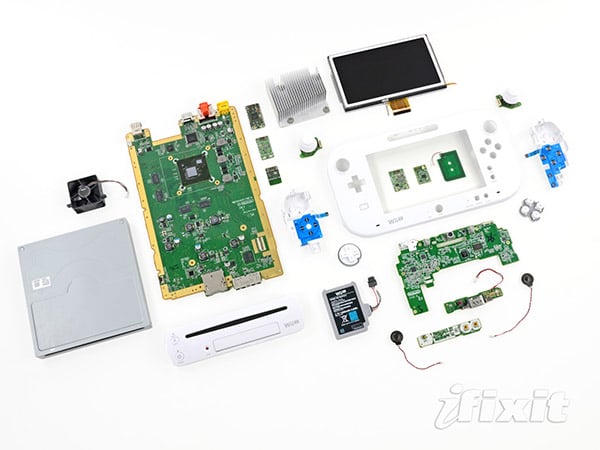 Overall, iFixit says the Wii U is relatively easy to take apart and service, giving it a solid repairability score of 8 out of 10 – not bad given how so many of today’s smaller gadgets are glued together and nearly impossible to service. You can check out the full teardown and many more pics over at iFixit now.