Typically, when we talk about Kickstarter projects here on Technabob, we’re looking at a video game or some sort of gadget or accessory. But some of the most common projects on Kickstarter have nothing to do with electronics. One such project is a zombie children’s book called A Brain is For Eating. 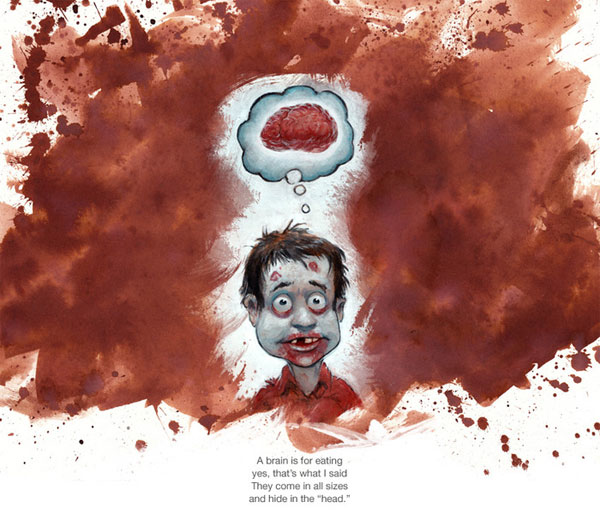 The book isn’t exactly aimed at human children, unless those children lean towards the macabre. Illustrated by Scott Brundage, the book is described by its authors Dan and Amelia Jacobs as a children’s book written for zombies and their little undead. The idea is that the book teaches little zombies how to catch food and share with their legless brethren. The book looks quite funny, I particularly like the passage about finding a school bus that’s not moving… 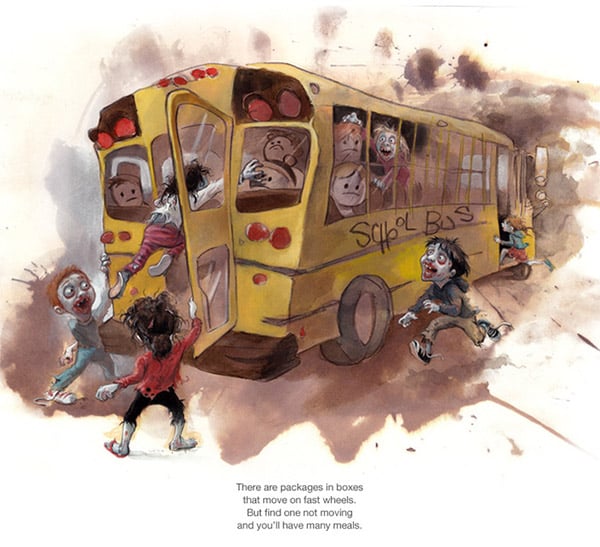 The project is seeking $10,000 in funding to finish and publish the book, and with five days to go, it has so far raised nearly $6000. If you like the thought of a zombie children’s book, you need to head on over to Kickstarter now and pledge to get in on the project.