Domo Toaster: Bread and Monster Go Together Like, Well..

Even if you don’t know his name or story, chances are you’ve probably seen Domo-kun’s face. Which is also his body. And once you’ve seen him, it doesn’t matter if he’s the mascot of Japanese TV station NHK or a holy servant who kills baby animals. The undeniable fact is that he’s adorable. So would you turn down a chance to turn normal bread into Domo-kun? Hell no! 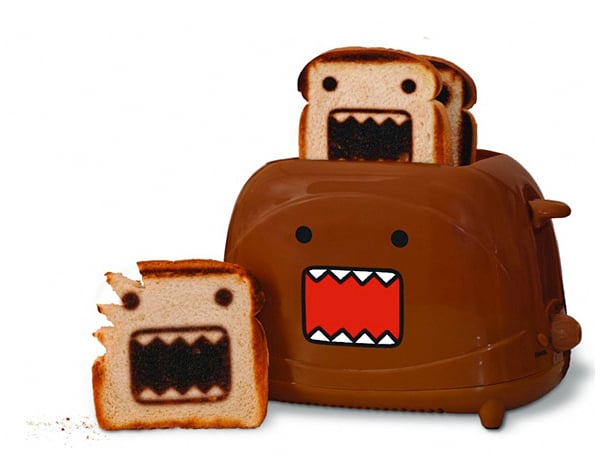 Flickr user zippythesimshead also has a picture of Domo-fied bread if you need more convincing. Otherwise head to Amazon and order the Domo Toaster for $40 (USD).