Thanks to it’s less-than-stellar internal speaker, there are a lot of iPad speakers to choose from in the market. Personally, I’ve got my sights set on the ORA. It’s the first of its kind that I’ve seen, and so far, I like what I see. 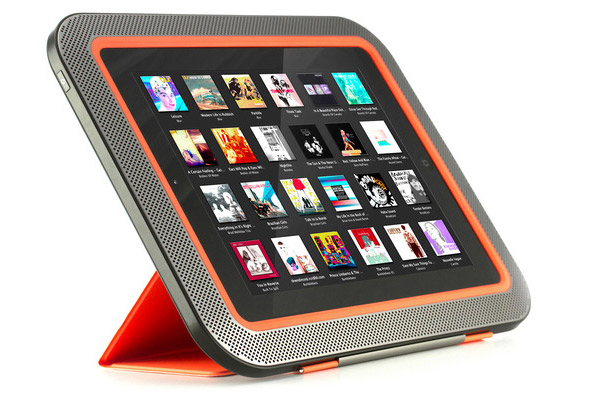 It’s basically a speaker that surrounds your entire iPad. Actually, I stand corrected: there are actually eight speakers surrounding the iPad. 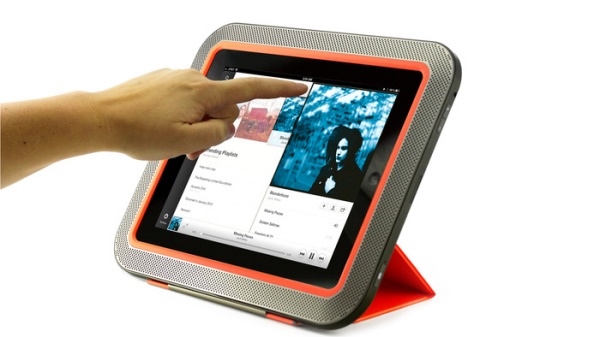 Now it won’t give you surround sound even though the speakers are all around your tablet, but it will give you decent audio so you and a whole bunch of other people can gather around and watch a movie or two. It also functions as a case for your iPad, and offers an optional front flip-cover that works like Apple’s Smart Cover.

The ORA Speaker is currently up for funding on Kickstarter, where a minimum pledge of $99(USD) will get you one, while $129 will get you the speaker along with the matching cover/stand.