FlipType iPhone Case Adds a Tactile Keyboard on the Cheap

While it took me some time to become a fast texter on a touchscreen, anyone who’s had a touchscreen phone knows, that with time, you can type pretty fast on one. That being said, nothing works quite as fast as keys you can actually feel, and this is where the FlipType case comes in. 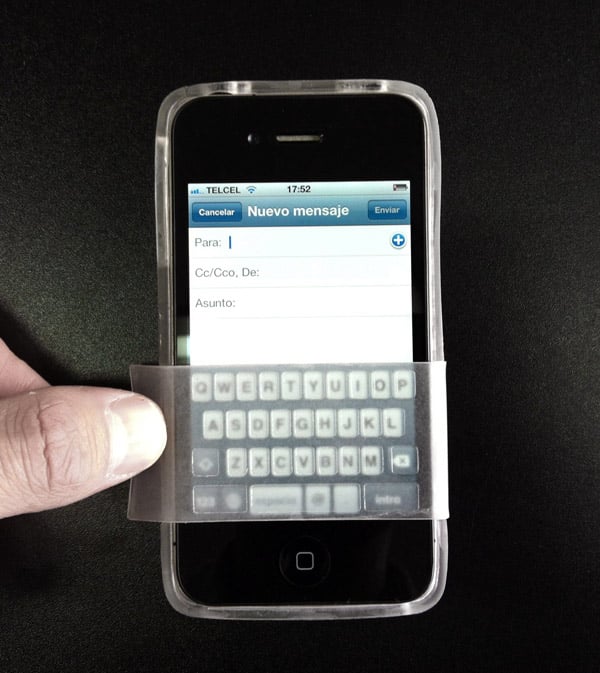 The FlipType case was conceived by NOS Design, and it’s supposed to make the on-screen keys on your iPhone easier to use, providing a tactile response from them. The translucent, tactile keyboard flips around from the back of the case, and allows users to instantly transition from a touchscreen device to a keyboard you can feel. One limitation of the design is that it only works in portrait mode, but that’s how most of us type on our iPhones anyhow. 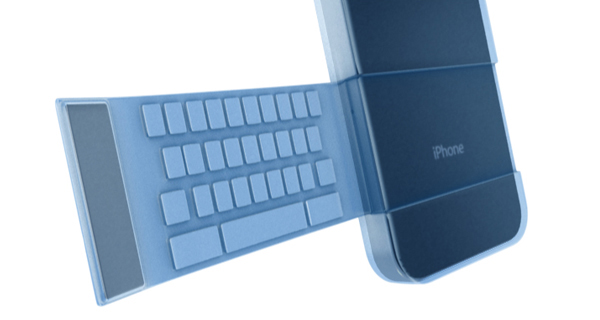 While it’s not the first tactile keyboard overlay for the iPhone, it’s an interesting concept since it’s built into a case, and can be used only when you need it.