Heroes of Science Action Figures Would Get Their Butts Kicked by G.I. Joe

The heroes of science. They have changed our world. Did they make it a better place? Sometimes. Not the guys who invented the atomic bomb so much. In general though, these eggheads have bettered our world. It’s time to add them to our toy collections. Even though your G.I. Joes and Star Wars figures will totally kick their butt and take their lunch money.

These conceptual action figures are based on famous physicists, mathematicians, chemists, and other scientists by DeviantARTist datazoid. Sure Neil deGrasse Tyson and Richard Feynman might make for some pretty boring toys since they only battle with their minds instead of their fists, but so does Professor X. And he’s a badass. 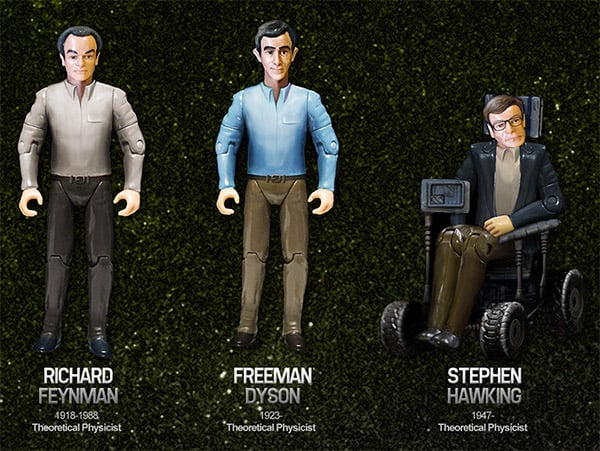 They each took between 40 minutes and 2 hours each to create. They are all based on Star Trek: TNG and Star Trek: DS9 figures (mostly Odo from DS9, and Picard as Dixon Hill from TNG). Then he modified them in Photoshop.