Everything looks more interesting in slow motion, even if it’s just some dude choking on cinnamon dust. Wouldn’t it be awesome if you perceived your surroundings in slow motion? The Decelerator Helmet was made precisely for that purpose. 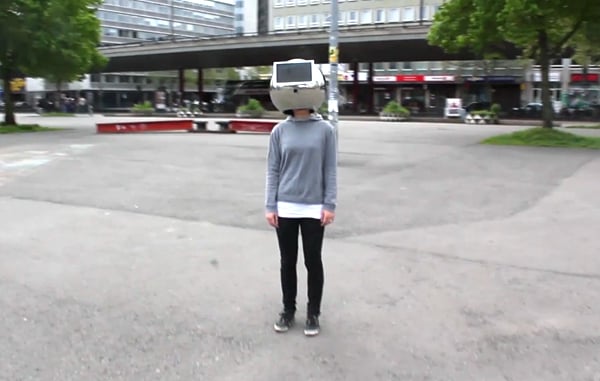 The helmet was made by Lorenz Potthast, who by the way has not figured out a way to control the flow of time. A small computer inside the helmet processes the footage coming from a webcam facing outward. The footage is then displayed to the wearer via a head-mounted display. The footage is also shown to outsiders via an external display – that large rectangle in front of the helmet – which of course does little to prevent the wearer from looking like you’re a bit slow yourself.  But the cool thing about the helmet is that the wearer can control how just how slow the footage will be.

Potthast made the helmet for an Interaction Design course at the University of Art in Bremen, Germany, where they were talking about the “increasingly hectic, overstimulated and restless environment we are living in.” But Potthast thinks that the helmet can also serve as a metaphor for people who stay stuck in the past. I wonder if he’s also aware that the helmet will be a massive hit with pot heads.