It’s amazing what you can do with cardboard and a whole lot of imagination. Of course, you’d also need to have some skills and prior knowledge in animation in order to pull this of… but still, the whole thing is pretty impressive. 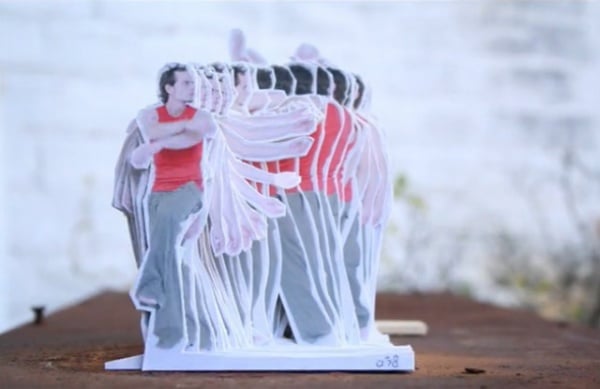 Guys and gals, check out one of Rogier Wieland’s awesomest animations where he transferred video stills onto cardboard cutouts and used his camera (and the cutouts!) to work his magic.

They’ve been around for quite a while, so if you’ve seen them already, I invite you to take a second (or third or fourth) look. Because they’re really that nifty.

And here’s another one:

Weren’t those cool? I wonder how many cutouts it took to make each of those.