Millennium Falcon Truffles: How Many Calories Are There in 12 Parsecs?

Now that you’re done recovering from your Thanksgiving food coma, you’re probably be ready for some more delicious carbs, right? Well there’s no better way to get your sugar fix than with some of these Millenium Falcon truffles. 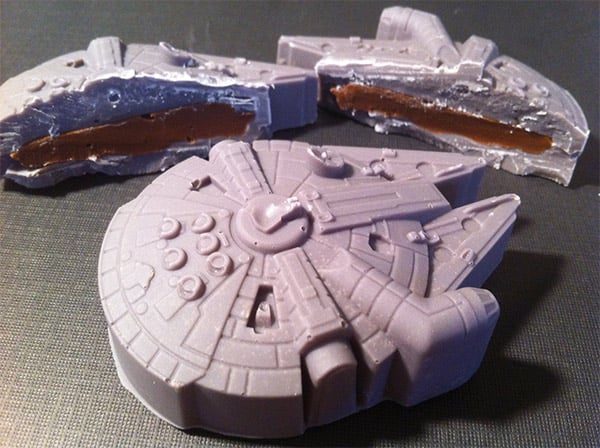 They’re made by Nikki’s Treats, and when ordered in the default grey (white chocolate) shell, look exactly like Han and Chewie’s trusty ship. Unlike the actual Falcon, these ones can be filled with Cadbury-like creme, caramel, peanut butter, marshmallow cream, peppermint cream or yummy Nutella. What’s not to like?

Grab a pack of three edible Millennium Falcons over on Etsy for $7.50(USD) before Chewbacca hoards them all for himself. While you’re over there, be sure to grab up some sugary Darth Vader and Han Solo treats.