These are awesome action figures of the player’s avatar in Minecraft. If you play the game then these are also action figures of yourself. Although you can’t customize Steve’s skin, he – or she – does have a ball-jointed head and poseable arms. 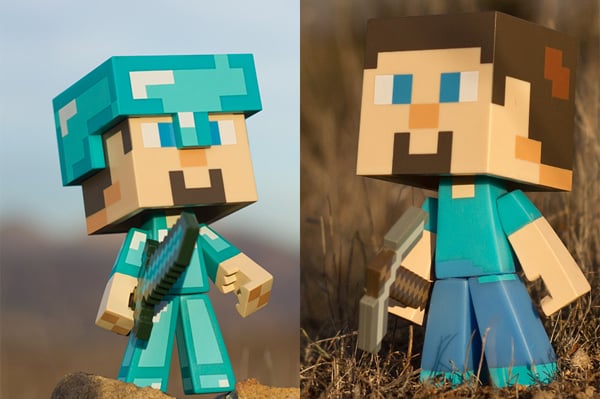 Steve comes in two variants, both 6″ tall. The simpler version comes with Steve in his default clothes, along with his trust pickaxe and a 2″ dirt block. Then there’s the more experienced and battle ready Steve, who’s wearing diamond armor along with removable diamond sword and diamond helmet. 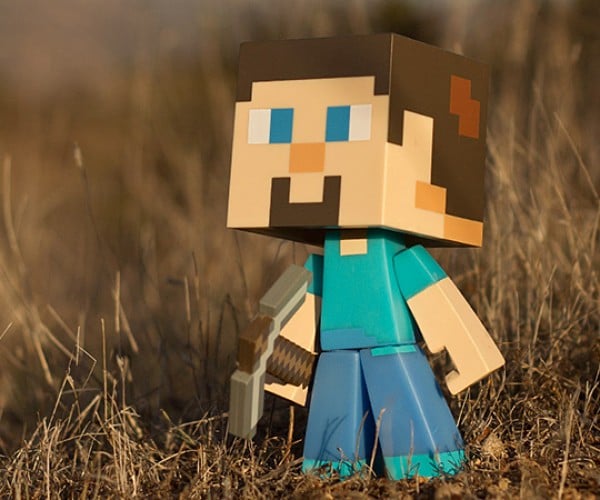 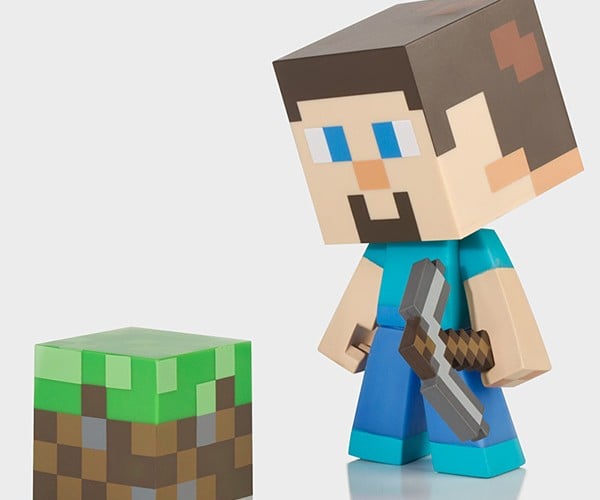 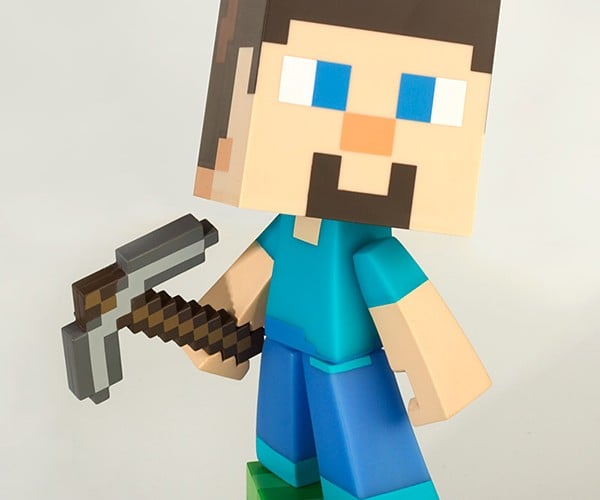 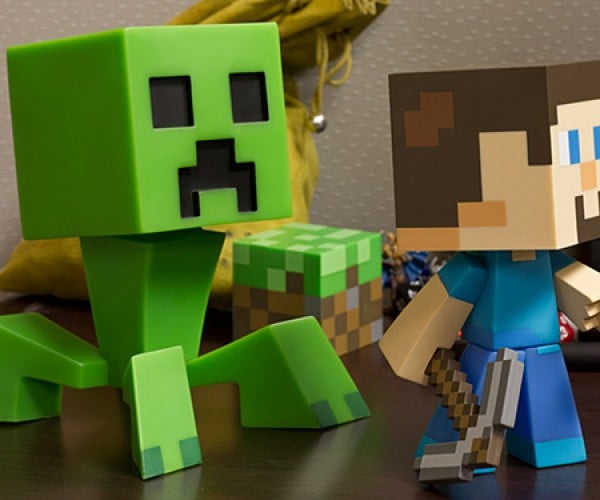 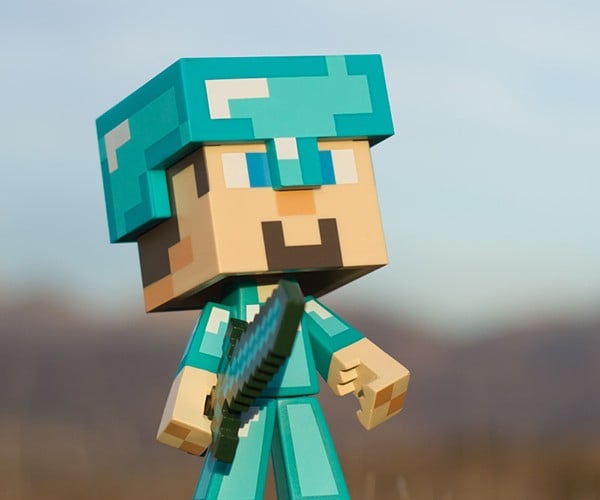 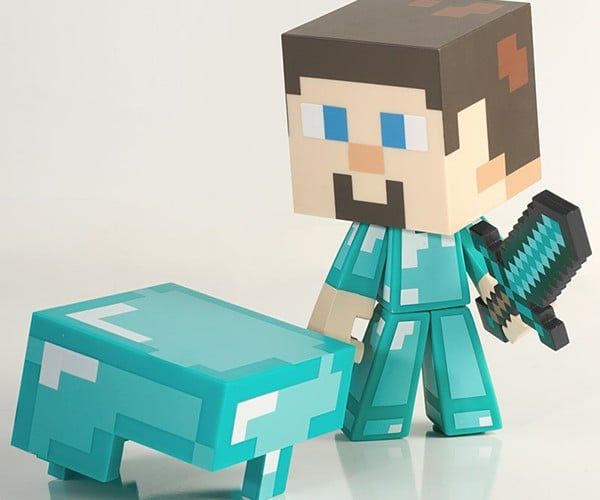 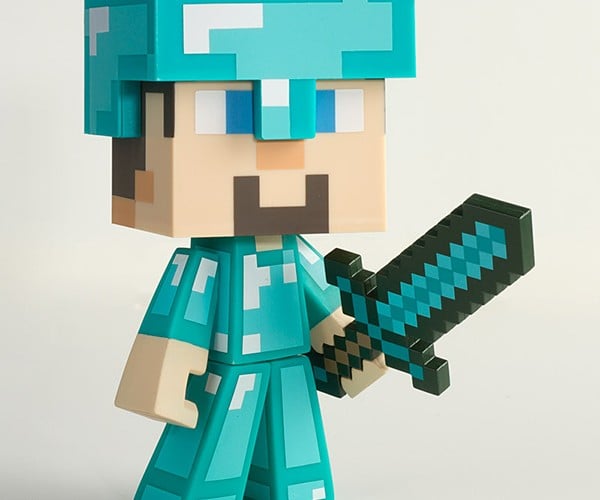 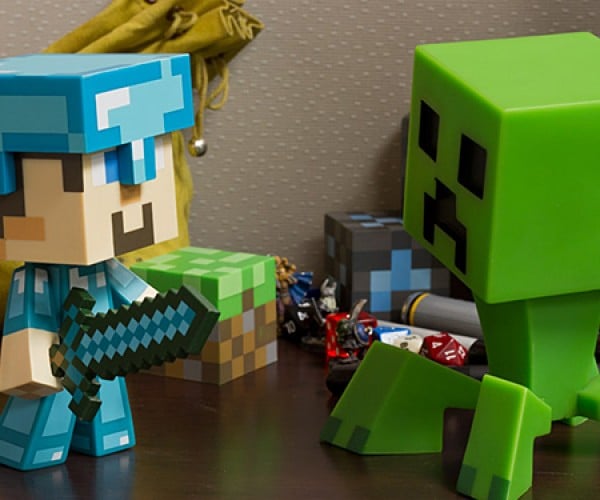 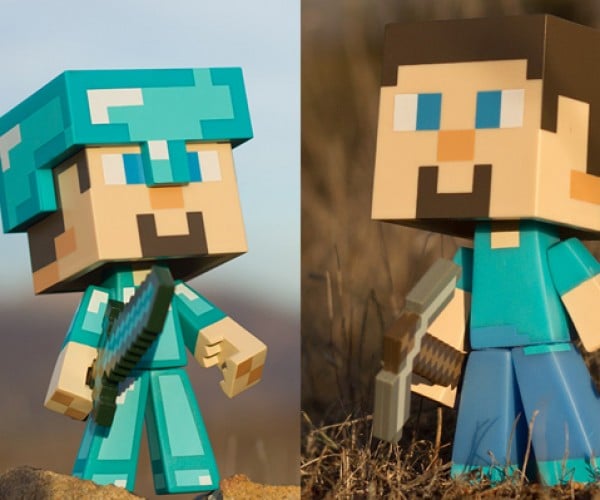 You can buy both Steves from J!NX for just $30 (USD) each. The store also sells the Creeper action figure seen in a couple of shots in the gallery above.