Scientists and researchers around the world are always investigating better ways to help children learn important subjects like math and science. A group of researchers at Durham University has been working for the last three years on a project to design and develop the classroom of the future. The project is called SynergyNet and hopes to help children learn mathematics more efficiently. 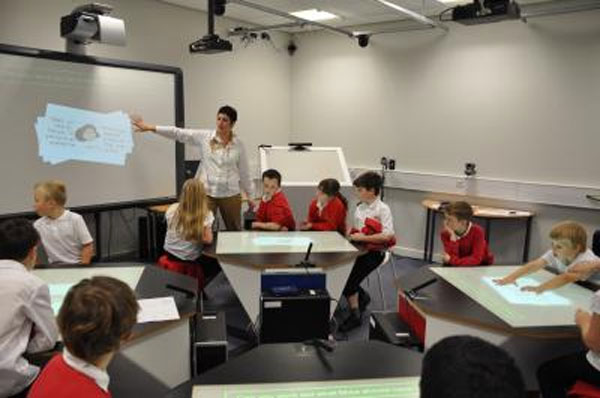 The location is referred to as the “Star Trek” classroom because it replaces individual desks with futuristic communal desks featuring a multitouch surface. All of those desks are linked to a main “smartboard” used by the teacher. The desks allow students to work collaboratively on solving problems in ways that traditional pen and paper are likely to limit.

The system has a way to go before it might show up in classrooms around the world. Some notable holdbacks at this point are the cost of the system and the complexity of maintaining it.