I’ll start out this review by saying that I’ve been an avid iPhone user since the day the first model came out. I just haven’t seen an Android phone I liked well enough to even consider a switch – until now. I’ve had the opportunity to use an LG Optimus G smartphone for the last several weeks (I tested the AT&T version) and I’m impressed with just about everything about this phone. 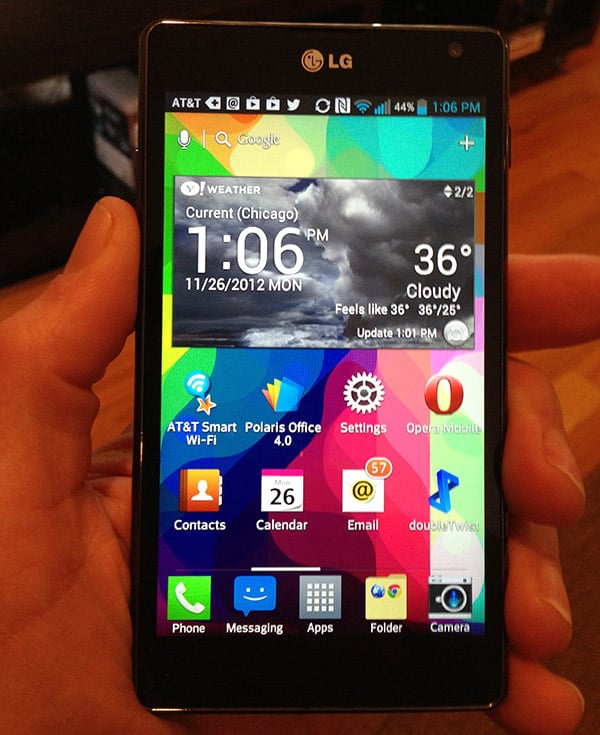 For starters, it’s just gorgeous. I know, so many of today’s Android phones are just black slabs, but this is one sexy black slab. The Optimus G is the same thickness as my iPhone 5, but it feels so much more substantial – with a little bit of extra heft, glossy metal bezel, and a Gorilla Glass 2 front, it just looks great. There’s also a layer of a carbon-fiber like material under the scratch-resistant back panel giving it a little added panache. This is one phone you won’t want to hide away in a case. 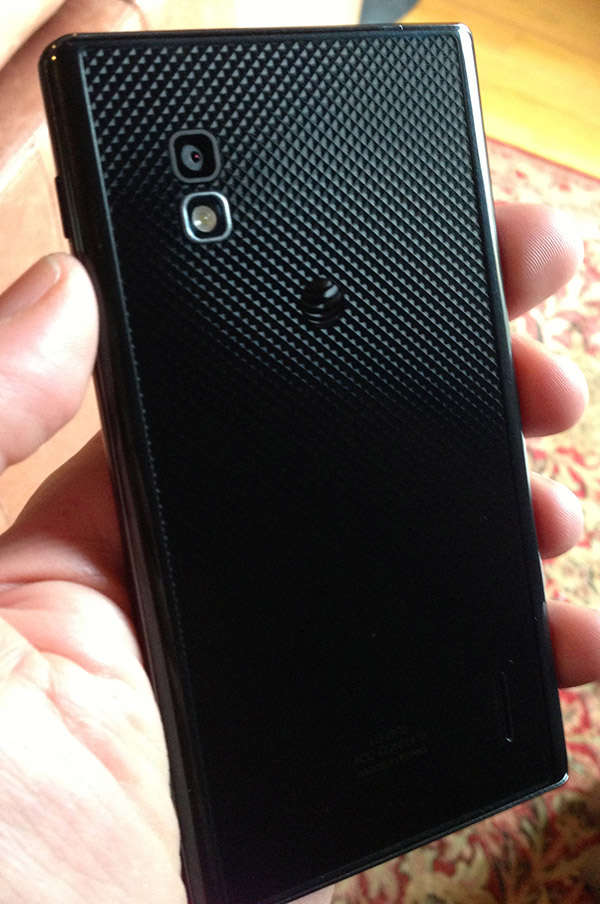 Like many other Android phones, the back, home and menu icons display on the bottom edge of the screen only when needed, fading into the background when not in use, and offer a nice haptic-feedback “click” when you tap on them. 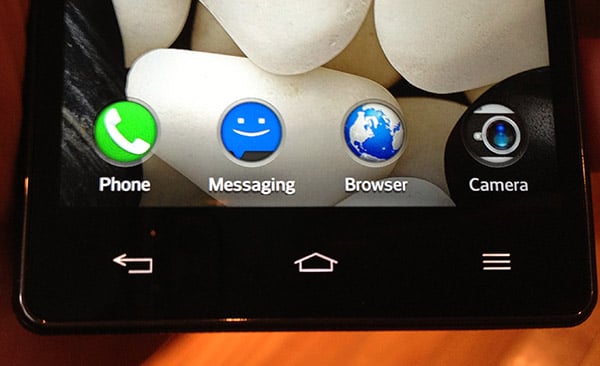 Thanks to LG’s own display-manufacturing savvy, the Optimus G has got a screen that anyone would envy. The 4.7-inch IPS screen has a 1280×768 resolution (~318ppi), and is substantially larger and easier on the eyes than the display on my trusty iPhone 5. A technology LG calls “Zerogap” puts the display even closer to the glass of the device, which does give it a really clear, sharp image and reduces reflections on screen. I also found the display to be easier to read in the sunlight than my other LCD devices. 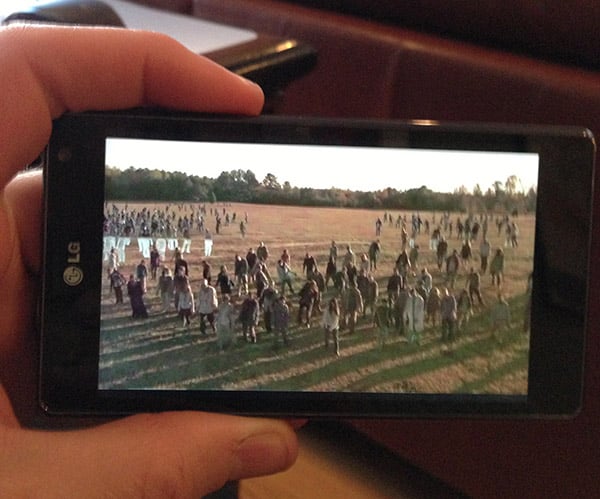 Under the hood, the Optimus G sports a fast Qualcomm Snapdragon S4 CPU, with four cores and running at 1.5GHz and 2GB of system RAM. This seemed to be more than powerful enough for running anything I could throw at it. The CPU and GPU-intensive game Death Dome ran a smooth as butter on the ample 4.7″ display. This, combined with the lightning-fast 4G LTE connectivity made the phone just zip along surfing the web and watching streamed video content. The stock 16GB media storage is upgradeable via a microSDHC card that snaps into the side of the phone under a protective cover. 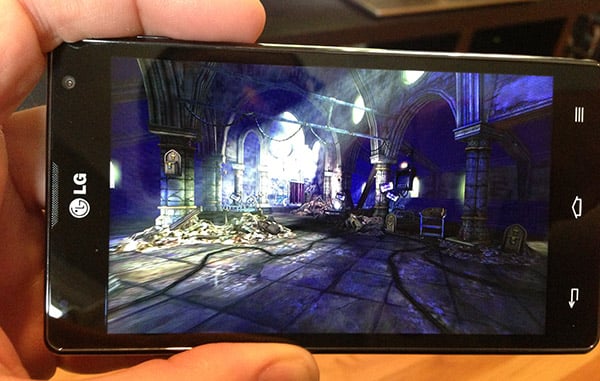 The camera itself is solid, snapping sharp 8-megapixel images and 1080p HD video at 30fps. Here’s a couple of example still images shot with the camera. There are some artifacts and softness when looking up close at the images, but that’s pretty typical of compressed digital images. Overall, images were very true-to-life and color fidelity is excellent in daylight photographs. Photos shot in darkness suffer from significant noise, but the built-in LED flash helps improve portrait shots in low-light situations. 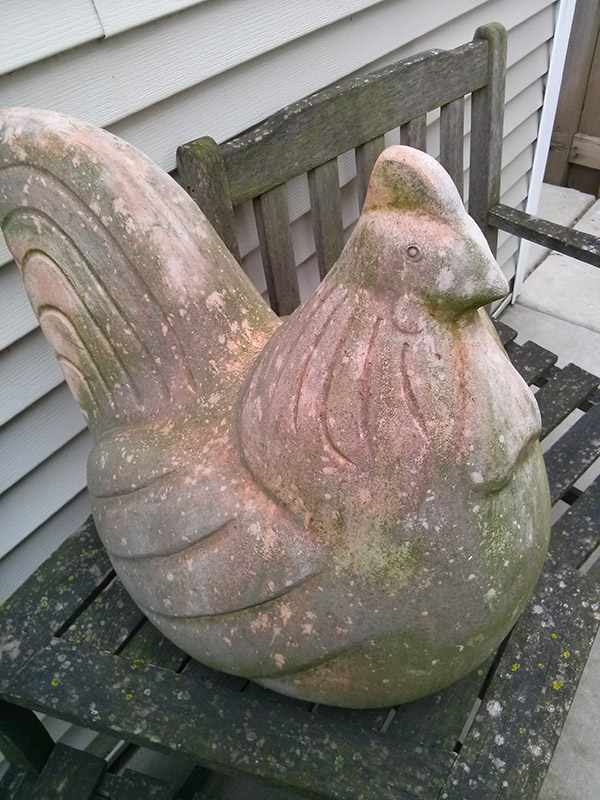 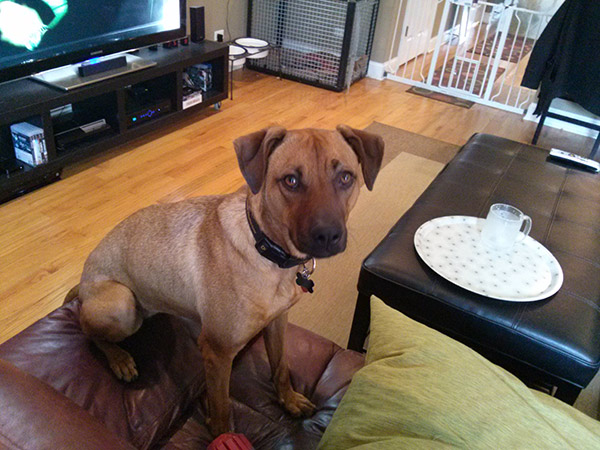 Other camera features include a “Live Shot” ability that lets you snap still images while recording video, and “Time Catch” which automatically grabs a few extra shots prior to snapping your picture in case you’re too slow with the shutter. There’s also a front-facing 1.3 megapixel camera which is nothing to write home about, but more than sufficient for video chats.

The Optimus G ships with Android 4.0 (Ice Cream Sandwich), which is the first version of Android that I think beats iOS in terms of overall capabilities and uniformity of experience. There’s no official word on a Jelly Bean (4.2) update, but rumors abound that one will come out at some point. Though that’s obviously dependent on the phone’s carriers. I won’t talk too much about Android itself, but there are a handful of LG-specific enhancements that are worth a mention. The home screens themselves are highly configurable, letting you drag and drop icons onto one or multiple screens, as well as into folders, and to customize the on-screen size of folders. You can even create your own custom icons for applications if you so desire. 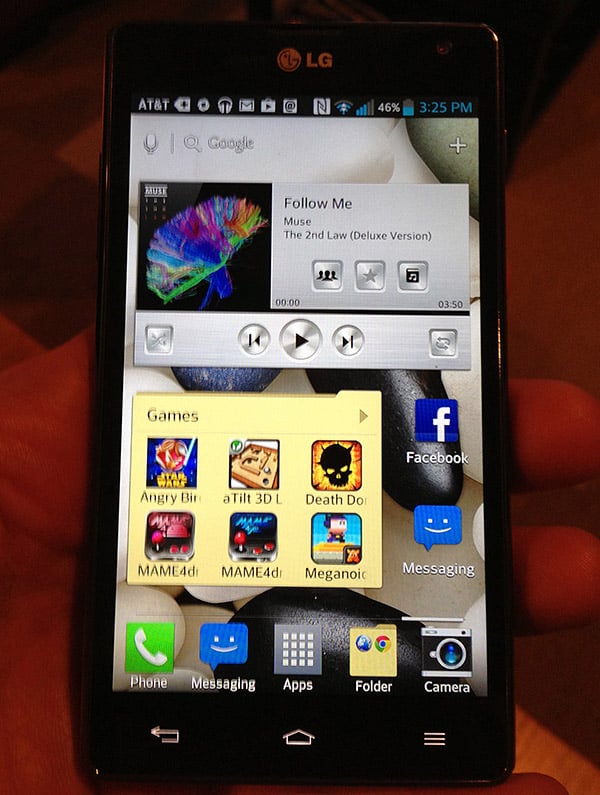 LG’s Quickmemo feature lets you grab and share a screenshot of anything you’re looking at and add handwritten notes or annotations – a very handy feature activated by pulling down the notification bar and tapping the Quickmemo icon. The feature offers a variety of different pen styles, and even a see-through highlighter. 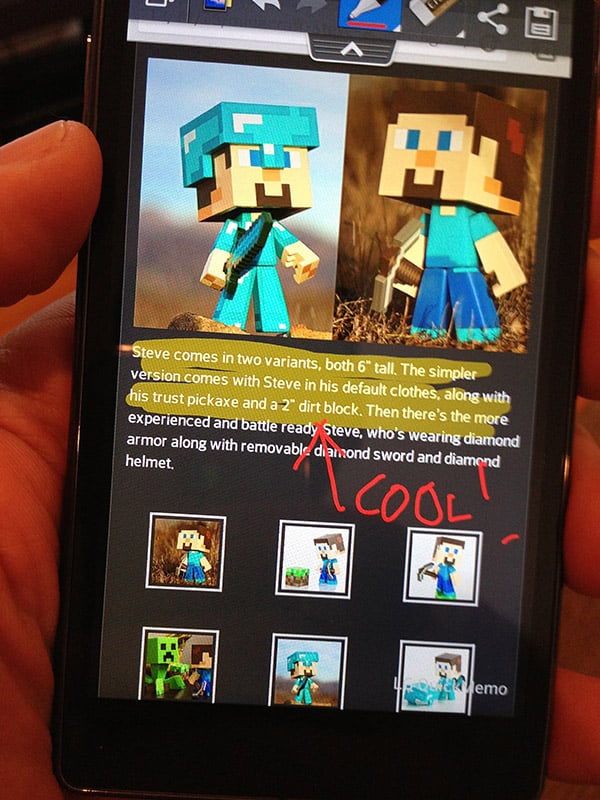 Another slick feature is the ability to zoom in on videos you’ve already recorded – so if you see something of interest in a video clip, you can “zoom in and enhance” just like Jack Bauer used to do on 24. A couple of more esoteric add-ons include the “Cheese Shutter” which lets you remotely trigger the camera to take a picture when you say a word like “cheese” or  “whisky.” There’s also the ability to clear icons and widgets from the screen using a special “pinch-out” gesture, though I’m not sure why you really need to do that.

If there’s any complaint at all about the Optimus G is that it’s pretty power-hungry due to its large screen and beefy processor. While I could get through an entire day with its 2,100 mAh battery with moderate use – playing games, watching videos and heavy 4G usage drains it much more quickly. That said, a typical day gave me about 9 to 10 hours of battery life. And since LG sacrificed a user-replaceable battery for better build quality and a slimmer form-factor, you’ll definitely want to have a USB charging cable handy if you’re out and about. I also found that I could only get about 3 days of standby power before the battery drained to 0% sitting on my desk. Not a big deal for me, since I’m always good about plugging in my devices every night.

Overall, between the speed, build quality, industrial design and awesome screen, the LG Optimus G is a real winner in my opinion. While I haven’t given up my iPhone 5 quite yet, I’ll be using the Optimus G as my preferred handheld gadget for surfing the web, viewing video content and for playing games.

Disclosure: LG provided us with the device for review in this article. However, all reviews are the unbiased views of our editorial staff, and we will only recommend products or services we have used personally, and believe will be good for our readers.