Chew on This: Keyboard With a Plate in the Middle

Keyboards are every computer user’s best friend. For one, you can’t really do much on your laptop or computer without one. And if you happen to have a tablet, you’ll have to endure the pains and inconveniences of a virtual keyboard if you don’t have a physical one.

I do a lot of work on my computer and I often get hungry in the middle of work. Eating in front of my computer (and getting crumbs all over the keyboard?) Guilty as charged. 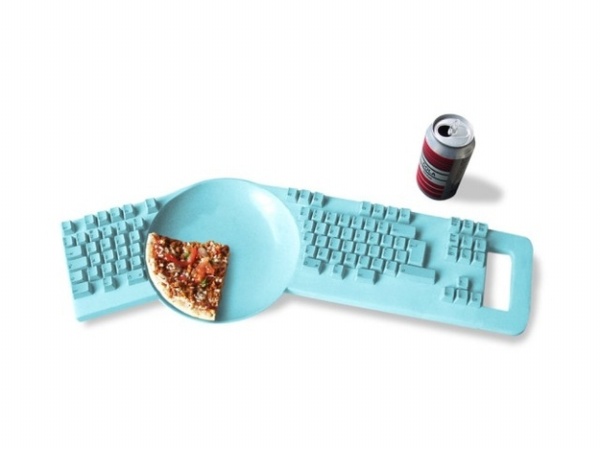 It’s a situation that Dutch designer Hella Jongerius knows all too well, which is why he came up with this ultra-interesting concept for a keyboard. As you can see, it’s not just a keyboard. It’s a keyboard with an actual plate, right smack in the middle. 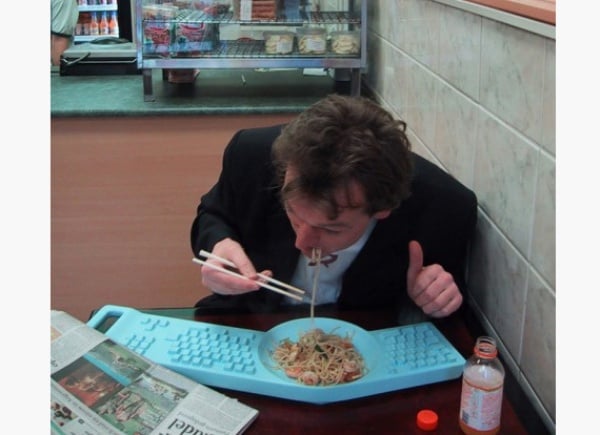 It’s a ridiculous concept that probably won’t get made in reality, but it’s still a pretty fun one at that.