Just moments ago, we published a post about the Nintendo Wii Mini being leaked by Best Buy Canada. I guess they only jumped the gun a little bit, since the console has now officially been posted up on Nintendo’s Canadian Website. 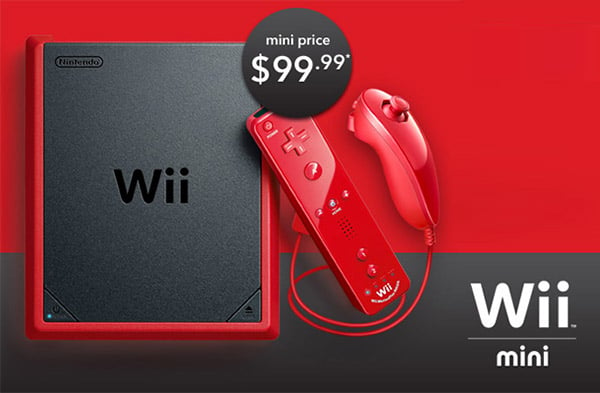 The Wii Mini will sell for just $99.99 (CAD) (~$100 USD), and has a bold new look that I really like. The console comes in a small red and black box, and includes a matching red Wii Remote Plus and Nunchuk controller, as well as a plain white power brick, sensor bar and a composite video cable. Those who want an HD connection via HDMI or Component video will still have to buy that cable separately. 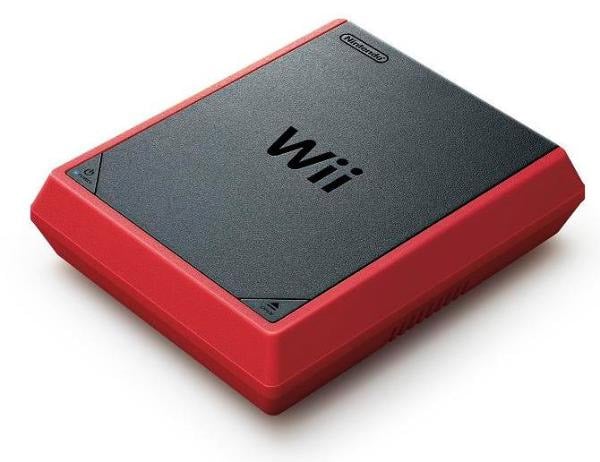 It’s fully compatible with the over 1300 current Wii titles and existing accessories as well. Other than its (as yet unspecified) smaller size and cooler industrial design, it does away with one other aspect of the original – the Wii Mini has no internet connectivity, nor will it offer backwards compatibility with the Gamecube. That will certainly keep cost down, but will also reduce the potential revenues from online game purchases and DLC. I’m not sure how I feel about this move on Nintendo’s part.

But with the console going on sale on December 7th exclusively in Canada, it’s perfect timing for Nintendo to flood the market with a low-cost gaming system and get people excited about the Wii again – especially with the Wii U being priced at $300 to $350 – and already in short supply.

With its Canada-only release, I wouldn’t be surprised if you start seeing tons of these show up on eBay so those outside of the Great White North can enjoy a cheap Wii.