If you have a bunch of beer cans lying around and no money for Star Wars toys, you can always go on an alcohol-fueled toy creating bender. That’s presumably what happened here, since this X-Wing Fighter is made out of recycled beer cans. Though the end result doesn’t look like drunken art at all. 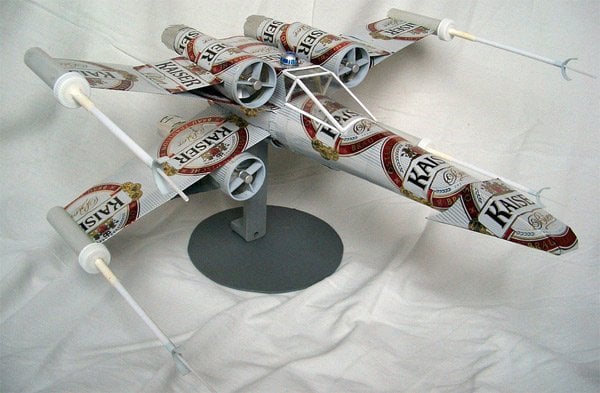 It was made by Tamás Kánya almost entirely from Kaiser beer cans and even has a little Astromech droid behind the cockpit. Forget making a run at the Death Star, make a beer run and see if you can make one of these yourself. 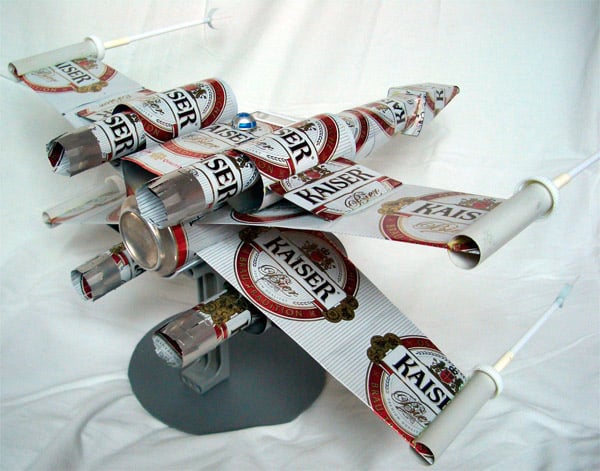 Pro Tip: Don’t drink and DIY at the same time. Always wait at least an hour afterwards – otherwise your creation will look like something from a Jawa salvage camp.