How’d you like a sweet Xbox 360 portable? How about if we sweetened the pot even more by making it look like an old Atari 2600? Well if you enter this contest over on Facebook now, you could be the proud owner of such an awesome franken-console. 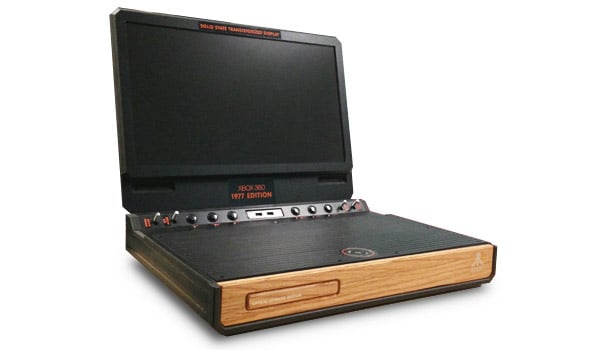 The guys over at Atari are celebrating the 40th anniversary of PONG by giving away this retro-styled Xbox 360 portable. It’s got a complete 360 system, along with a built-in LCD monitor, and a nifty woodgrain Atari 2600 styling package.

All you need to do to enter is to head on over to this Facebook page, and follow the directions by December 2nd for a chance to win this awesome bit of geeky goodness. Sadly, for our international readers, the contest is only open to U.S. residents.