Technology is quickly catching up to satisfy our nostalgia. We have modders making amalgams of old consoles, calculators that can run Pokémon and now this, a prime contender for Technabob’s non-existent app of the year awards – an app that lets Android devices run Windows 95 & 98 games. 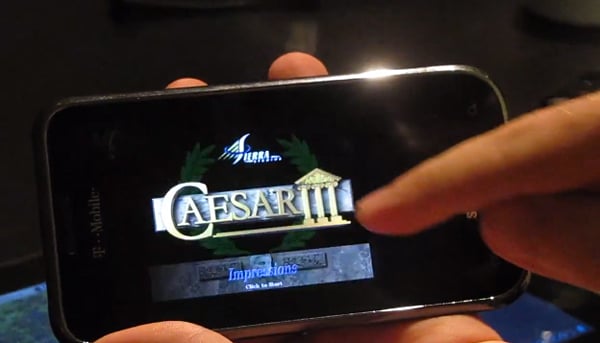 The app is called Winulator, and it was made by a genius called Dan Aloni. Winulator implements “DirectX and Win32 calls”, i.e. it lets games run on the Android OS despite them being developed for the older Windows operating systems. But most of these games were made not just with a certain OS but also with certain hardware in mind, particularly Intel Pentium processors, and not the ARM processors found in today’s Android devices. Fortunately Winulator takes care of that as well. It can either compile as needed or “compile the entire binary before it runs.” In layman’s terms? StarCraft on your smartphone. Actually that’s a stupid setup but still. It’s possible.

Winulator isn’t finished yet, but Aloni is planning on releasing it via the Google Play market when it’s done. Meanwhile dig up your old installers and get to ripping.