The first act of cruelty that some parents inflict on their children is giving them weird names or names that they can never live down. For example, magician Penn Jillette named his daughter Moxie Crimefighter. There’s also that actor, Jason Lee, who named his son Pilot Inspektor.

Another name to add to the list is Hashtag. Hashtag Jameson. 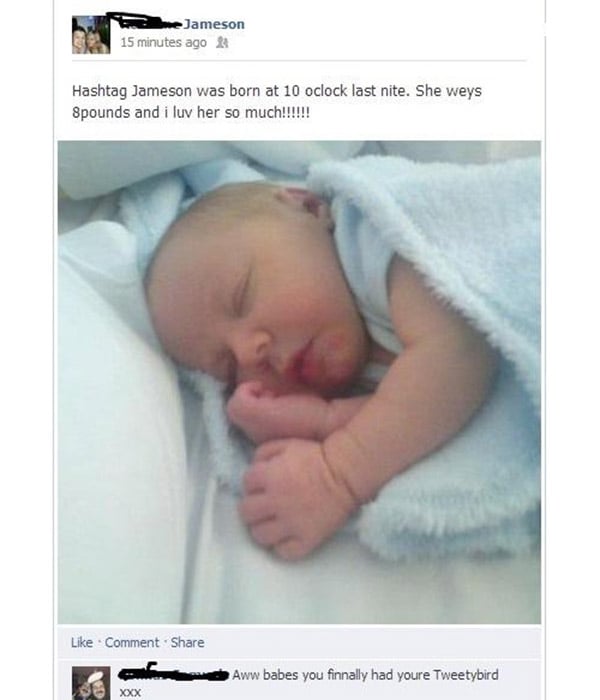 Apparently, her parents have a thing for Twitter and they decided to express it through her. Ironically, the parents announced Hashtag’s unusual name on Facebook. Go figure.

We can’t really verify that they did name their kid Hashtag, but we’re hoping that it’s some kind of joke. Either way, people on Twitter have already begun reacting to the news, which eventually gave rise to the creation of hashtags like #Foolishparents, #YourParentsHateYou, and #StupidestNameEver.