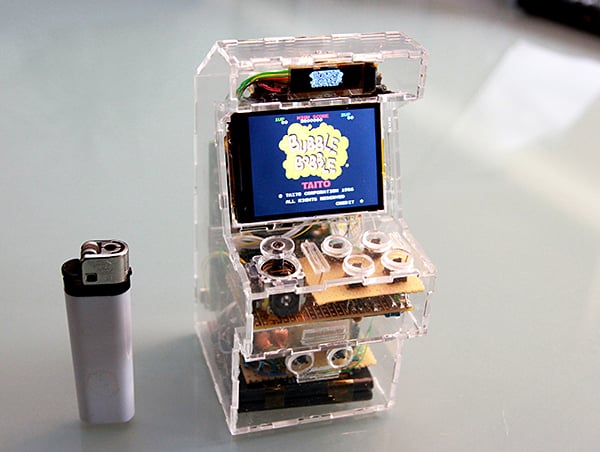 Wow. So many wonderful features in such a tiny package. I think it’s as small, if not smaller, than the Space Invader cabinet we saw a while back, but this one runs MAME so it can run tons of classic (and not-so-classic) games. It has a transparent cabinet made from laser-cut acrylic, a 2.4″ LCD screen and an itty bitty OLED display up top that displays the logo of the game being played (if available). It runs on a Li-ion battery that can be recharged via USB.

This project is definitely not for beginners, but if you have the skills Domburg has posted a thorough step-by-step on his website.