Datel Adapter Connects PS2 Controller to Wii/Wii U: Wii We Want You to PlayStation

I’ve been keeping an eye on the price of the Wii because I want to play Xenoblade Chronicles and The Last Story. Datel’s soon-to-be-released adapter could prove handy for a longtime PlayStation gamer like me, because it allows one to use a PS2 DualShock controller with the Wii and the new Wii U. 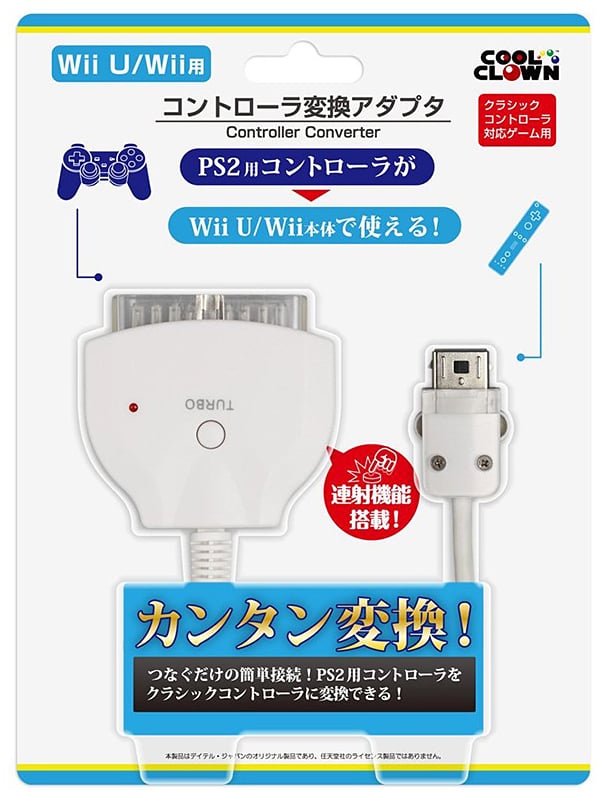 I’m not sure why, but instead of connecting to the console itself, the adapter connects the PS2 controller via the expansion port of the Wii remote control. It also has a button that lets you activate an auto-fire mode, although I don’t know how you’ll select which button to auto-fire or if it will put all buttons on auto-fire when activated. You can pre-order the controller adapter from Amazon Japan for ￥1,781 (~$22 USD).