Remember the classic Pixar animated clip, Luxo, Jr.? You know, the one with the pair of articulating Anglepoise lamps playing around, and shown with the Pixar logo at the beginning of their flicks? Well, in the latest occurrence of life imitating art imitating life, some guys have actually built an animatronic lamp that moves around like the one in the movies. 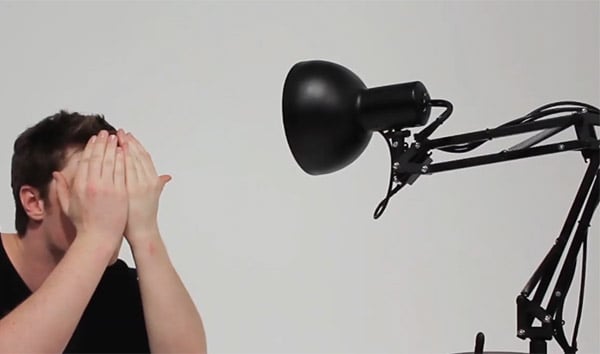 Well, maybe it’s not exactly like the one in the movies – for starters, this lamp is black, and both Luxo, Sr. and Jr. were white. Plus, this lamp is designed to interact with humans, tracking faces and sounds – not bounce around on a little rubber ball. Using custom code, the lamp is able to express a personality in much the same way that the lamps did in the movie.

The robotic lamp, named Pinokio, was created by Victoria University students Shanshan Zhou, Adam Ben-Dror, and Joss Doggett using Processing, Arduino, and OpenCV. If they ever manage to mass-produce these things and then license them through Pixar, they’ll sell millions.