Birds on Twitter: Real Birds are Tweeting Online (and in Real Life)

A baby girl named Hashtag. A fox that can answer calls and send text messages. And now birds that tweet? Now I’ve seen everything.

Of course, these birds were only able to do so with the help of humans. They didn’t really know what they were doing when they did it either, but hey, a tweet is a tweet. 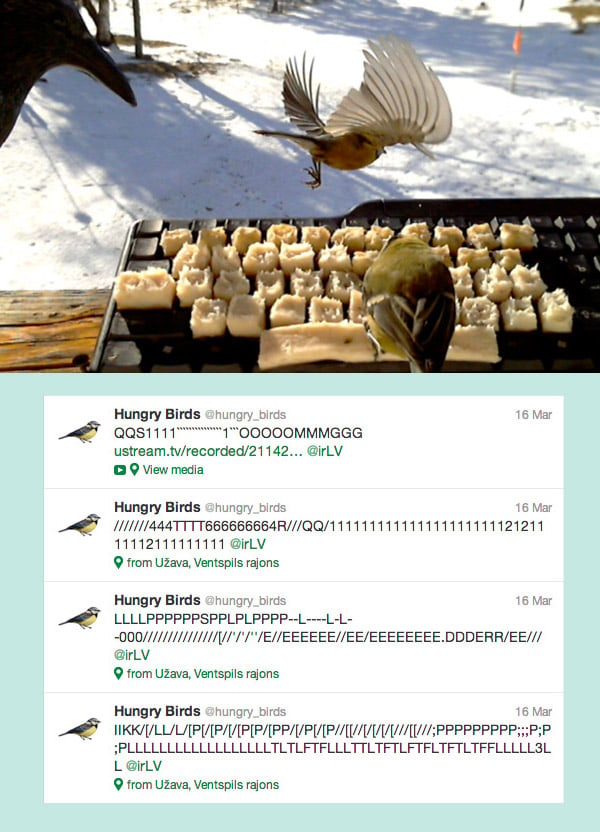 The project was devised and carried out by Latvian conceptual artist and creative director Voldemars Dudums. He essentially came up with a bird feeder which he built using an old keyboard and huge chunks of bacon fat. He then placed it outside and waited. 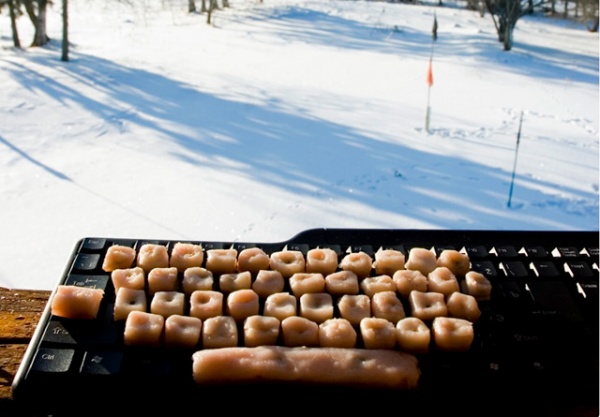 Eventually, the birds came and began munching away at the bacon. As they did so, the keys that were pressed were fed to an API which parsed each tap into a tweet which was posted on @hungry_birds. Clever, clever.

What will humans think of next?