Fake Tail Displays Your Heart Rate: I Whip My Tail Back and Forth

In the old days, people can tell what someone is feeling by their facial expressions or by using special mouth sounds like “I’m sad. I don’t have anyone to talk to, which makes it sadder that I’m talking right now.” But apparently people these days are lying cowards who don’t want to express what they really feel. So now we have this. 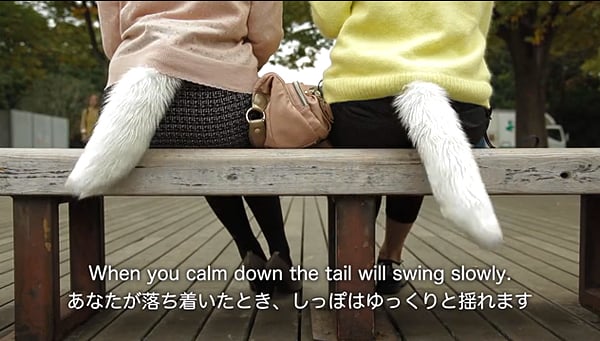 The device is called the Tailly. It was invented by Shota Ishiwatari, the same man who came up with the brain-controlled cat ears and tails. The Tailly on the other hand looks at the wearer’s heart rate.

It’s a testament to how long I’ve been writing for Technabob that it’s the boring outfits of the people in the video that I find to be really weird and not the fake tails they’re wearing. Pledge at least £60 (~$96 USD) Kickstarter page to reserve your own Tailly. I’ll jump on the bandwagon when they come up with something that lets me run as fast as a cheetah.