Just about every device that Apple sells these days is made in China by Foxconn and other major manufacturers. Though it looks like some of Apple’s items are no longer being manufactured in China. A recent teardown performed by iFixit on the new 21.5-inch iMac revealed that the machine was made in the USA. 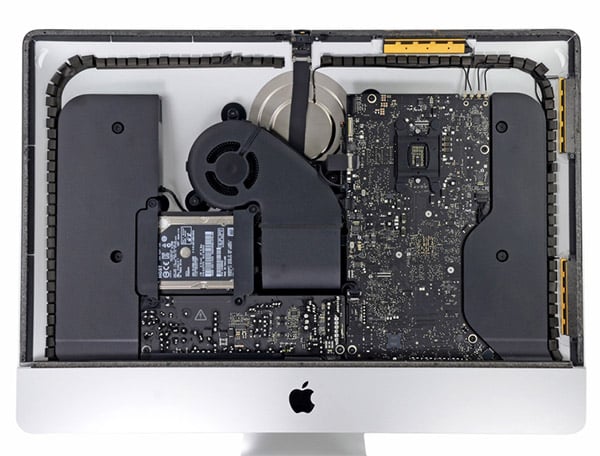 I say the teardown revealed this fact, but it was actually etched on the back of the iMac’s case, in plain sight. The little laser its stamp on the back says “Assembled in USA.” Exactly how much the machine is actually assembled in the US remains unclear – though the machine’s large IPS display is definitely still assembled in China by LG.

Regardless of where the new iMac is made, the iFixit teardown also revealed that the slim new model is almost impossible to repair or upgrade, so if you want an iMac that you can tinker with, then grab a 2011 model.