One Does Not Simply Dress Up as Mordor

…and Gondor, Eriador, Rohan, Arnor, Rhovanion and Rhun and whatever uncharted land is on Middle Earth. But Flickr user Kristy pulled it off with style at Dragon*Con: 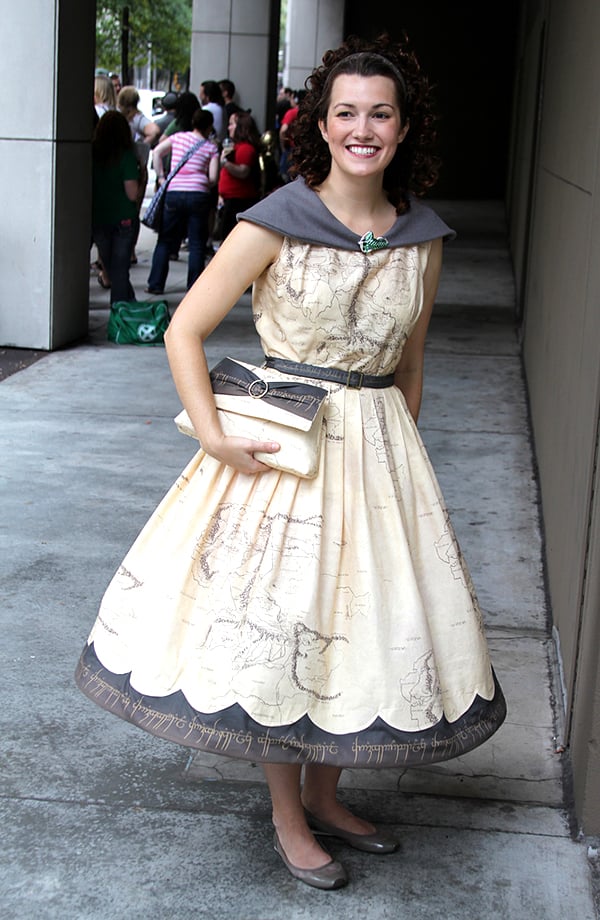 The dress was made by Flickr user Cressiebeth, who said “I worked with a graphic designer who created the “repeat” map pattern and Spoonflower.com printed the map on cotton sateen fabric. I used a vintage Simplicity pattern #3422 as a base for the dress and altered it with scalloping. The clutch was my own design and the “ring” was recycled from an old circle belt buckle.”

I think it’s the fact that it uses only a few colors – and muted ones at that – that prevents the whole thing from devolving into a walking globe costume.