Everyone’s going crazy over 3D printing these days, and understandably so. The concept seems like it’s something from the pages of a sci-fi book, and now researchers have managed to turn it into a reality. 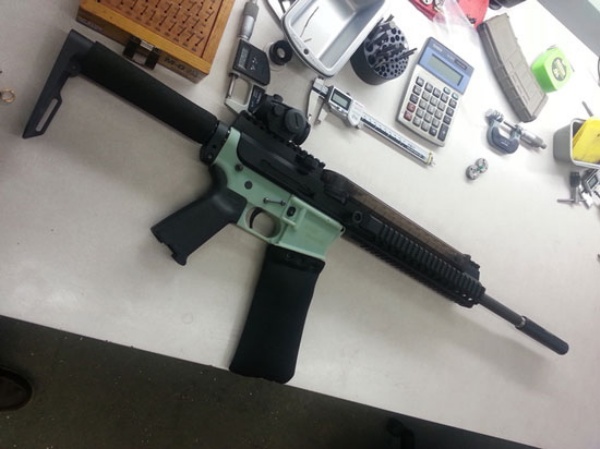 The coolest thing about 3D printing is that the sky is really the limit. You can now ‘manufacture’ toys, gadgets, and even weapons from 3D scans, patterns, and of course, a good 3D printer. It’s impressive stuff, but when it comes to the last bit, it’s also pretty scary.

A couple of amateur gunsmiths came together and had a some gun parts printed so that they could put together a fully-functional AR-15 semi-automatic rifle. They tested out the 3D-printed lower receiver recently and results were pretty good at first – that is, until they got to their sixth shot.

Note that the receiver was the only 3D-printed part used in the test; all others used were actual gun parts.

[via Danger Room via Dvice]